Jeep has teased the pre-production version of its V8-powered Wrangler and confirmed its availability next year.
By : HT Auto Desk
| Updated on: 16 Nov 2020, 12:29 PM 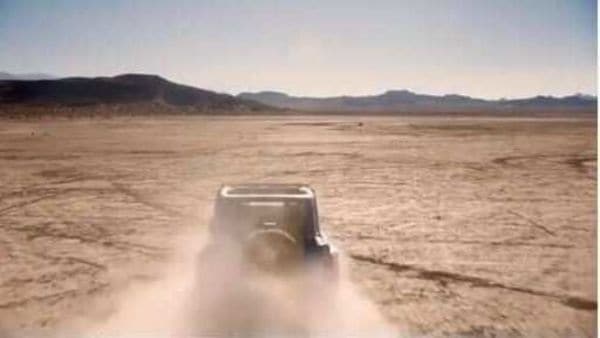 A screengrab of a teaser video posted by Jeep on Instagram

Jeep has teased the pre-production model of its V8-powered Wrangler Rubicon 392 Concept, thus confirming its production and availability in 2021.

The carmaker had first unveiled the V8 Wrangler concept just hours before Ford unveiled its new Bronco to steal away the latter's thunder. The off-roader concept was an answer to the prayers of the Jeep Wrangler enthusiasts who had been asking us for a V8-powered Wrangler.

Jeep took to Instagram to post two teaser videos of the V8 Wrangler. The first video confirmed that the V8 Wrangler is going into production. "Some concepts are so powerful they storm into reality," the caption of the video read. The second video stated that the off-roader will offer 'Adventure With Power' while a V8 soundtrack played in the background. The pre-production model could be seen off-roading through sand dunes.

Jeep has not yet revealed any other specifications of the production version of the V8-powered Wrangler. For the record, the Wrangler Rubicon 392 Concept is powered by a 6.4-litre V-8 engine that delivers 450 horsepower and 450 lb.-ft. of torque. It gets a stronger eight-speed auto transmission, sending power to a four-wheel drive system. It claims to sprint from 0-60 mph in less than five seconds.

The production model could also feature the Dana 44 axles, a full-time two-speed transfer case, electric front and rear axle lockers, 37-inch mud-terrain tires and a Jeep Performance Parts two-inch lift kit from Mopar combined with suspension enhancements, all of which can be found in the concept.

On the inside, the concept features rich Red Rock-colored leather bolstered seats with gold stitching, along with a performance steering wheel.