The amount of traffic violation premium will depend upon driving habits which will be determined by the number and types of challans, suggested the report.
By :
| Updated on: 19 Jan 2021, 08:28 AM 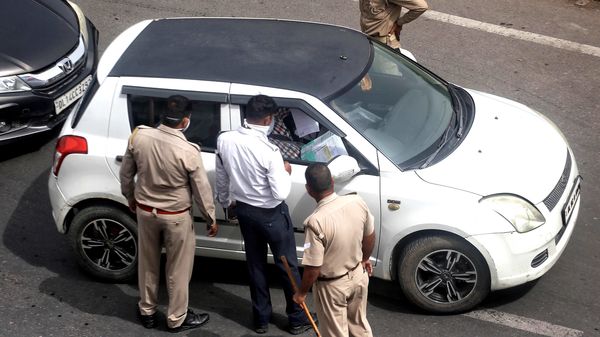 A working group at IRDAI has suggested introduction of 'Traffic Violation Premium' in addition to own damage and third party and other types of motor insurance premium.

A working group set up by regulator IRDAI has suggested introduction of 'Traffic Violation Premium' in addition to own damage and third party and other types of motor insurance premium.

"This section will float over both Own Damage and Third Party sections of Motor insurance and can be attached to any section of motor insurance cover being purchased, chiefly, Own Damage or Third Party insurance," said the exposure draft issued by Insurance Regulatory and Development Authority of India (IRDAI).

IRDAI has invited inputs of all stakeholders on the recommendations till February 1, 2021.

The report has recommended a system of calculating traffic violation points basis frequency and severity of different traffic offences. The amount of traffic violation premium will depend upon driving habits which will be determined by the number and types of challans, suggested the report of the working group on 'Linkage of Insurance Premium With Traffic Violation'.

"Traffic violation premium shall be payable by the registered owner of the vehicle, whether an individual or an entity. Effectively this means that the owner will take full responsibility for the traffic violations caused by the authorized vehicle driver," it said.

As per the table of offences provided by the working group, drinking driving will attract the highest penalty of 100 points, while wrong parking will have 10 points penalty. The amount of premium will be linked to these penalty points.

The data of traffic challans will be stored by the National Informatics Centre (NIC) and shared with the Insurance Information Bureau of India (IIB) on a daily basis, the report said.

The report said traffic violation premium will follow the fortune of vehicle, rather than the owner.

"This apparently may appear inequitable, however, it was deliberated and kept this way for the sake of simplicity and till the time motor insurance in India is based on vehicle parameters rather than who drives the vehicle and his/her driving record. On insurance renewal, though, he/she will be assessed for traffic violation premium as described above," it said.

Traffic violation premium is a premium payable ‘As On Date’ and does not vary with the period of insurance cover, the report said.

The report said the High Powered committee for Traffic Management in the National Capital Territory (NCT) of Delhi has recommended this to be run on a pilot basis in NCT of Delhi.

Traffic Police of NCT of Delhi and National Informatics Centre have already been collecting traffic violation data of vehicles for some time, it said.

"IIB may immediately make arrangements to take this data and integrate with insurance records of vehicles in its database. Whenever the Pilot is launched, IIB and insurers will already have a reasonable history of traffic violation data to charge traffic violation premium immediately on pilot launch," it said.

According to Road Accidents Report, 2018 issued by Ministry of Road Transport, India witnessed 4.67 lakh road accidents that snuffed life out of 1.51 lakh citizens who were mostly in their productive age. India ranks first in the number of road accident deaths across the 199 countries reported in the World Road Statistics, 2018 followed by China and the US.

The government has already introduced heavy penalties on different types of traffic violations in the amended Motor Vehicles Act 2019. In addition, the Government of India is also focusing on Intelligent Traffic Management System in the Metropolitan and smart cities.

In September 2019, the IRDAI constituted the Working Group to examine the establishment of a system of Linking Motor Insurance Premium with Traffic Violations.