Indians use too big a car to move single person: Pawan Goenka 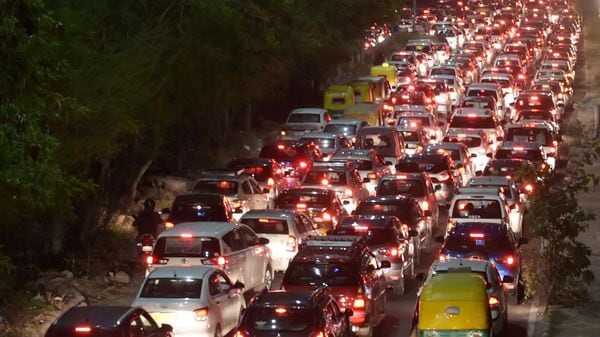 Indians use too big car by size for moving a single person, and the fate met by Tata Nano was unfortunate, Mahindra & Mahindra MD Pawan Goenka said on Saturday.

He also conceded that the automobile industry does add to pollution, and pitched for adopting all the means to reduce it.

It can be noted that the Tatas have discontinued Nano after poor response to the 600-cc ₹1 lakh car. Many experts have blamed the product's utilitarian product pitch in a country where owning a car is seen as a lifestyle necessity as a reason for the failure.

"It is very unfortunate that Nano didn't do very well," Goenka said, speaking at an alumni event organised by his alma mater IIT-Kanpur here.

He said Indians weighing 65-70 kg use an entire 1,500 kg car to travel individually, hinting at the wastage of resources that go into making the big car move.

"We need to have personal transport that is more tuned to moving a single person," he said.

Keeping the same requirement in mind, Goenka said his company has launched a smaller car, which should be hitting the market soon.

He also acknowledged that automobiles at present contribute 7 per cent of the carbon dioxide and a fifth of particulate matter PM 2.5, and every effort should be made to reduce the impact rather than mounting efforts to say that it is only this much of an impact.

India can lead the race on the connected car front due to its prowess on the information technology front, Goenka said.

There is a lot of work happening on the electric vehicles as well, with startups dedicated to niche areas like batteries, charging, two-wheelers and three-wheelers mushrooming, he said.

India is at present five years behind China when it comes to EVs, but can lead the world on a research and development as well as production front, he noted.

At present, India is trailing the world as a consumer of EVs, he said, adding that only 1,400 cars were bought in 2019, which is a very small percentage of the world demand.

The auto sector will have to play a crucial role in the overall economic development of the country, he said.

Goenka said the manufacturing sector has to contribute USD 1 trillion if the economy were to be a USD 5 trillion GDP and the auto sector will have to grow at a compounded annual growth rate of 14 per cent for five years.