If you thought Mumbai monsoon traffic was bad, you've not seen London roads

Hit by thunderstorms, many key roads of London were completely submerged and an absolute nightmare for drivers and pedestrians to negotiate.
By : HT Auto Desk
| Updated on: 26 Jul 2021, 10:46 AM 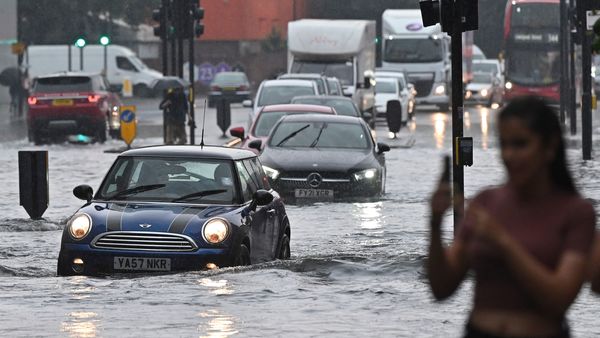 Cars are driven through deep water on a flooded road in The Nine Elms district of London.

Photos of cars, buses and those on bikes wading dangerously through submerged streets may make one assume that it is a scene from an Indian city but such an assumption would be quite wrong, especially as many key roads in London went completely under after a bout of heavy showers.

London was hit by thunderstorms on Sunday and it caused absolute chaos for motorists in many parts of the capital city of the UK. Cars were seen wading precariously through waterlogged roads while the going was even tougher for pedestrians. The Sun even reported of residents having to make use of a dinghy to help passengers out of a public transport bus that got stuck in rainwater. 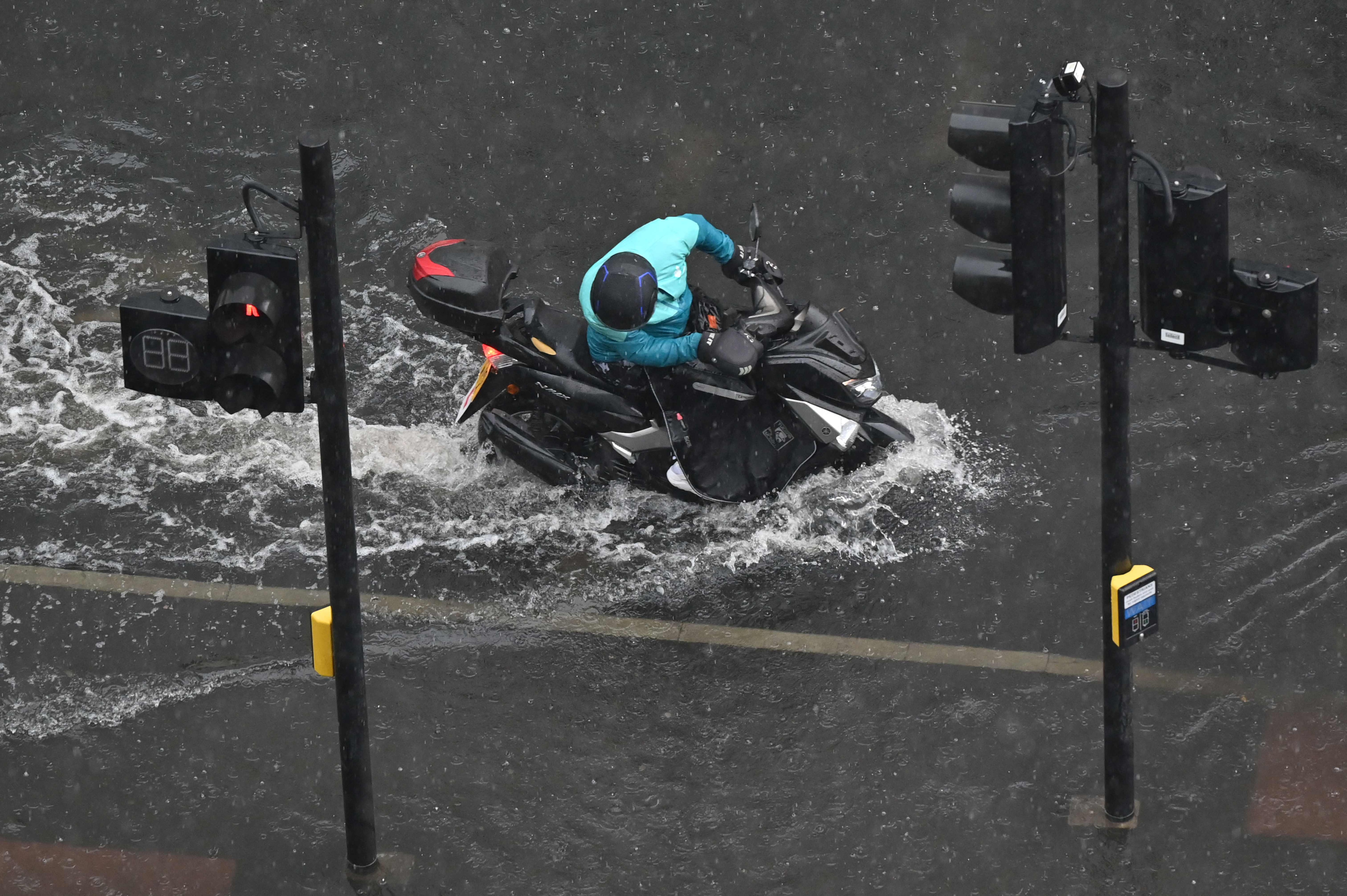 A motorcyclist tries to ride through deep water on a flooded road in The Nine Elms district of London. (AFP)

At least half a dozen such buses were reportedly stuck across the city while cops and those from the fire-control department had to stage rescue acts to help families - some with children - out of cars stuck in water as deep as four feet. 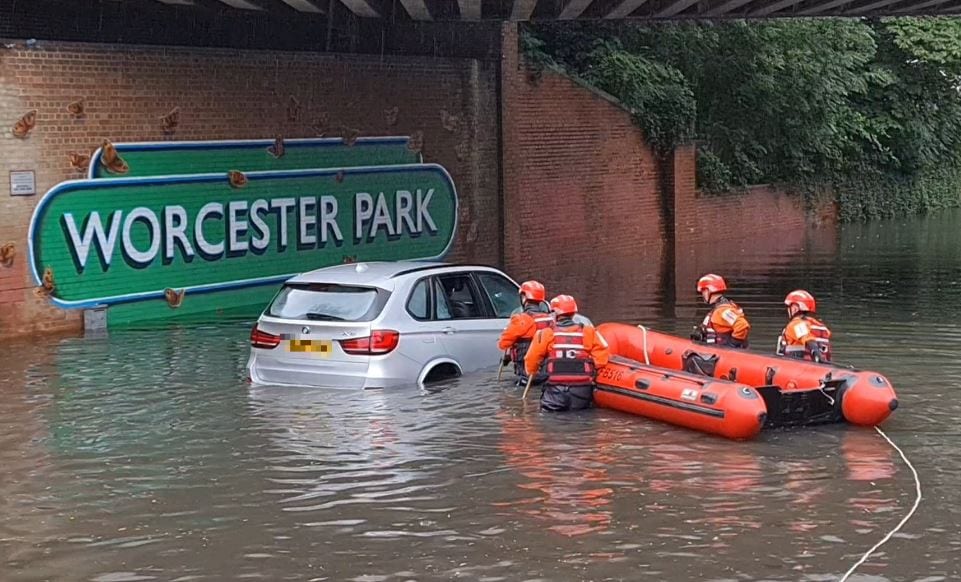 This photo was tweeted by @LondonFire

Many of the underground metro stations were flooded which meant that even using the tube was not an option for commuters.

Cases of rash and negligent driving were reported, forcing Kingston Police to issue a tweet which read, "Please remember to drive carefully. Also remember that you're not driving a submarine."

With official forecast predicting more showers for the city, there may be some time before the worst is actually over. People are being urged to remain indoors and only commute if absolutely necessary.