Hyundai Motors is the second largest passenger vehicle player in the country after Maruti Suzuki.Hyundai has seen its sales grow month after month since May after the nationwide lockdown ended and companies rebooted operations.
By : PTI
| Updated on: 30 Aug 2020, 07:40 PM 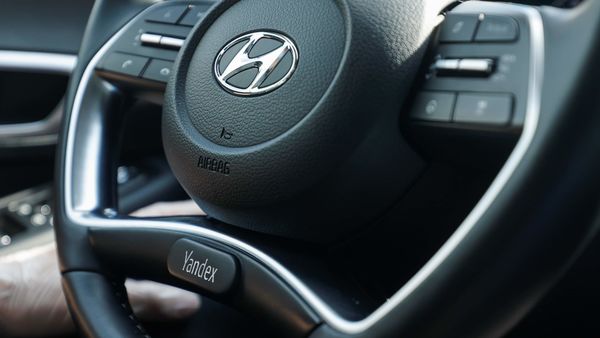 Hyundai Motors is the second largest passenger vehicle player in the country after Maruti Suzuki.

Leading automaker Hyundai Motor India is cautiously optimistic regarding the upcoming festive season with the COVID-19 pandemic shadow looming large over the period which otherwise witnesses robust offtakes for the entire domestic automobile industry, as per a company official.

The South Korean auto major, which is the second largest passenger vehicle player in the country after Maruti Suzuki, has seen its sales grow month after month since May after the nationwide lockdown ended and companies rebooted operations.

However, with intermittent lockdowns continuing across various parts of the country and challenges remaining in terms of supply chain and availability of skilled labour, the company remains guarded in its optimism regarding the festive season.

"Right now things look positive and we are approaching the festival season with lot of positivity. We are looking to build up stock at the dealerships," Hyundai Motor India Ltd (HMIL) Director Sales and Marketing Tarun Garg told PTI in an interview.

"At the same time we really don't know how coronavirus situation is going to pan out," he added.

On the positive side, sequentially things are improving which is a big relief for the company, he said.

"It is giving us hope. Also, the newly launched models are getting good traction so all things are positive and this (is) also due to lot of pent-up demand," Garg said.

But at the same time there is the pandemic situation, and so how long this ongoing pent-up demand would sustain is a big question, he added.

"What happens if a second wave comes...so all these things are also there," Garg said, adding that people are looking at personal mobility options, but it is very difficult to predict whether they will prepone their purchase decision or just wait for things to improve.

"So we are optimistic, but (it) is guarded optimism and we hope that pandemic is controlled, we hope that some positive news comes regarding a vaccine, we hope that we don't get a second wave," he added.

Garg noted that an overall improvement in economic condition would also play an important role in jacking up demand for costly purchases like automobiles.

One positive factor has been the continued robust response for the sport utility vehicle (SUV) segment in the post-Covid scenario, he noted. 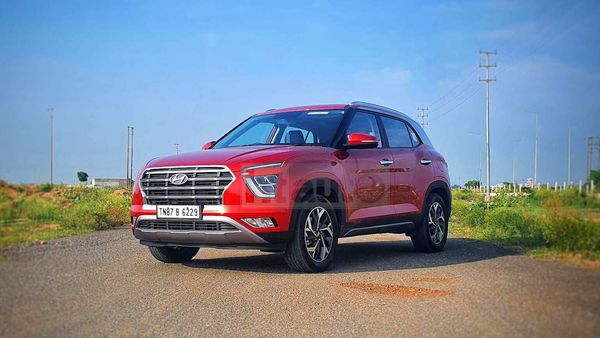 Creta has been a power player for Hyundai and the 2020 Creta builds on that reputation. (HT Auto/Sabyasachi Dasgupta)

"Some people were saying that because of COVID-19 customers would shift towards entry level cars and SUVs won't have that kind of traction. We have been maintaining that while entry level segment will expand but at the same time SUVs will also see traction. We can now see clearly that this is happening," Garg said.

As long as you offer a good product, with latest technology and fuel options, a customer is willing to buy, he said.

The company continued to lead SUV segment with products like Venue, Creta, Tucson and Kona EV. HMIL has already sold 34,212 units in the segment in April-July period this fiscal.

The automaker said it has received strong response for the new Creta, with over 70,000 bookings in the first five months of launching the model in March this year.

"So we are entering the festival season with lot of positivity and at the same time we need to continuously watch the pandemic situation," Garg said.

He noted that smaller towns and rural areas are performing better in terms of sales when compared to metro cities where recovery has been slow.

Towns in Punjab, Uttar Pradesh, Rajasthan, Madhya Pradesh, Bihar and Jharkhand are doing better for the company in terms of sales, he added.

Garg said the company is also ramping up production at its Chennai-based manufacturing facility to cater to any uptick in demand situation.

"Our both plants are running on three shifts and continuously ramping up production. Dealer stocks are also being ramped up. September will be used to enhance production and despatches so the vehicles reach the dealerships on time," he noted.

When asked if the company also faced supply chain challenges, Garg said that due to strong communication between the factory and vendors, there have been no major issues so far.

He said depending upon lockdowns, on an average 95 per cent of the company showrooms are now functional.

On new product launches, Garg said the automaker has already introduced four products -- Aura and newer versions of Creta, Verna and Tucson this year, and it would continue to refresh its model range going ahead.

He added that its recent initiatives like mobility membership programme would go a long way in cementing long-term partnership with its customers.