Denis Sverdlov had a telecom startup before turning his attention to electric vehicles in 2015.Arrival, which has yet to begin full production, is now worth $15.3 billion, more than double its valuation at the start of last year.
By :
| Updated on: 19 Mar 2021, 02:56 PM 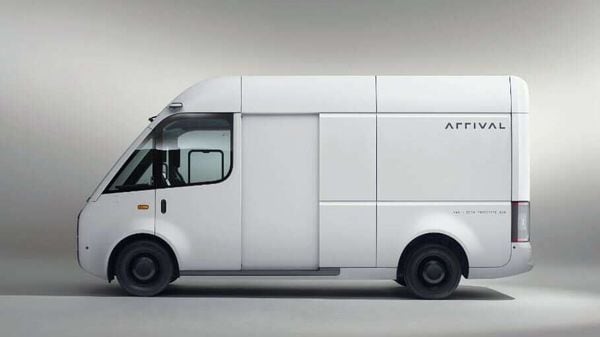 Denis Sverdlov, a former Russian deputy minister, was already a wealthy man from a telecom startup when he turned his attention to electric vehicles and founded Arrival Ltd. in 2015.

Four years later, he’d injected about $450 million in the truck and bus maker through an investment firm. Then in November, he merged it with CIIG Merger Corp., a Special Purpose Acquisition Corp. -- or SPAC -- led by Peter Cuneo, the former chief executive officer of Marvel Entertainment.

Arrival, which has yet to begin full production, is now worth $15.3 billion, more than double its valuation at the start of last year. Sverdlov, 42, who’ll control most of the London-based company’s stock once the deal is completed, will soon have a net worth of $11.7 billion, according to the Bloomberg Billionaires Index.

An Arrival spokesperson declined to comment on Sverdlov’s wealth. CIIG shareholders are scheduled to vote on the merger Friday.

SPACs -- listed cash-shell companies that merge with private businesses in order to take them public -- have raked in about $85 billion this year. Athletes and entertainers like Alex Rodriguez, Shaquille O’Neal and Sammy Hagar have started blank-check firms, along with a host of the ultra-rich, including hedge fund manager William Ackman and former Goldman Sachs Group Inc. President Gary Cohn.

Arrival isn’t the only firm seeing huge gains from SPACs. Air taxi start up Archer Aviation’s valuation rocketed from $16 million in April 2020 to $3.8 billion through a merger announced last month with a blank-check firm. The implied valuation of electric-vehicle maker Lucid Motors Inc., which recently agreed to combine with a SPAC led by ex-Citigroup Inc. banker Michael Klein, exceeded $55 billion after the deal was announced, more than Ford Motor Co.’s market value.

“SPACs are a bonanza for those arranging them," said Keith Johnston, chief executive officer of SFO Alliance, a London-based investment club for single-family offices.

U.S. listings have dominated the SPAC boom, but Europe’s stock exchanges are now playing catch up. The phenomenon, though, is starting to show cracks. The IPOX SPAC Index -- which tracks the performance of a broad group of blank-check companies -- has fallen almost 20% from a February high. Many see the proliferation of such firms as an outgrowth of central banks flooding economies with new money during the pandemic.

Arrival’s valuation stems partly from the giddy assessments of electric-vehicle makers in the past year, though rising bond yields in recent weeks have weighed on the industry.

CIIG shares have fallen by more than a fifth since hitting a record high in December. Until the firms’ announced merger, Sverdlov had mostly funded the venture himself.

Arrival, which plans to begin testing some of its vehicles on public roads this year, has said it can avoid the financial pitfalls that most vehicle makers encounter by building tiny factories that cost a fraction of those constructed by large, commercial carmakers. The start up intends to have 31 plants by 2024, and hopes to begin generating a profit even earlier.

“There are more than 560 cities in the world which have a population of over 1 million people, and each of these cities could have a microfactory producing 10,000 vehicles specifically tailored for the needs of that market," Sverdlov said recently. “This model can be as scalable as McDonald’s or Starbucks."