The two-wheeler industry is hoping for a low single-digit sales growth in the fourth quarter of 2020-21 on the back of a low base of previous year.With gradual opening of colleges and universities expected from next year, the industry is also banking on student buying.
By : PTI
| Updated on: 28 Dec 2020, 09:50 AM

The ongoing farmers' agitation and the upcoming Budget are "sort of dark clouds" that need to be closely watched even as the two-wheeler industry is hoping for a low single-digit sales growth in the fourth quarter of 2020-21 on the back of a low base of previous year, according to a senior official of Honda Motorcycle and Scooter India (HMSI).

With gradual opening of colleges and universities expected from next year, the two-wheeler industry is also banking on student buying to add to the sales momentum.

"...we had the transition from the BS 4 to BS 6 so that gives us a lower base of Q4 of FY20 versus Q4 of FY21. Considering that we hope there could be a low single-digit kind of growth in Q4 of FY21," HMSI Director - Sales and Marketing Yadvinder Singh Guleria told PTI.

He was responding to a query on how the company sees growth picking up in the January-March period for the two-wheeler industry, which has witnessed recovery in the festive period from Covid-19 induced disruptions.

In the run-up to the BS 6 transition from April 1 this year, automobile companies had reduced their production in order to prevent unsold BS 4 stocks.

Stating that there are not very high expectations from the fourth quarter, he said, "(There are) two or three things, sort of dark clouds -- the ongoing farmers' agitation and the Budget around February. These are the two things which need to be closely watched."

While the farmers' agitation will have a bearing on the rural sales, where motorcycles are predominantly sold, what sort of Budget will be presented is also something the industry is anxious of. 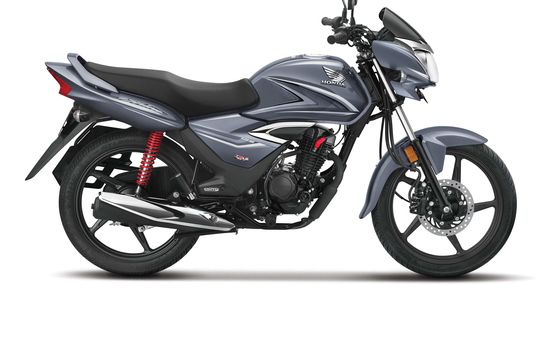 Guleria further said the "grey areas are the farm agitation as well as the new Budget -- what it is going to bring in because there is a lot of pressure on the government in terms of tax collections... What is going to be the new measures by the government to recover that..."

Stating that there is still no hope for the Covid-19 vaccine in the fourth quarter, he said in the April-November period the two-wheeler industry witnessed 25 per cent decline and a similar drop is expected in December.

"If Covid-19 was not around then we would have been in the low single-digit (growth) for the industry, which was predicted in the start of the financial year," he said.

On the positive side, Guleria said it is the opening up of educational institutions, which will again trigger buying in one of the most important segments, students.

In 2020, student buying has been almost negligible, especially for the ones who turned 18, and their first legal ride on two-wheelers as they did not go to campuses and everything was happening online with universities and colleges remaining closed, he added.

"So that buying has not happened but now Karnataka has announced that from January 1 they will start. Likewise, if more states open up educational institutes, though in limited numbers and following all the protocols, it may trigger some demand from the student segment," Guleria said.

When asked how big is the students segment, he said in terms of percentage it is very difficult to pinpoint a particular number.

The reason being that 40-50 per cent of customers who buy on finance, the vehicle is invoiced in the name of parents but the actual user is different, he added.