Home Auto News Waiting For Petrol, Diesel Prices To Fall? Nitin Gadkari Has This To Say

Waiting for petrol, diesel prices to fall? Nitin Gadkari has this to say

Nitin Gadkari has said if petrol, diesel and other petroleum products can be brought under the single, nationwide GST regime, then taxes will further reduce.
By : HT Auto Desk
| Updated on: 11 Nov 2021, 05:18 PM 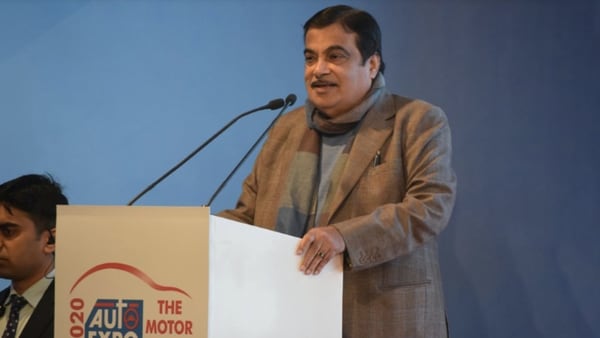 Union minister Nitin Gadkari believes that petrol and diesel prices have the potential for a sizable fall in rates but that it will need collective decisiveness for it to happen. Underlining that Finance minister Nirmala Sitharaman will try to get fuel prices under GST if she gets support from state governments, Gadkari said at the Times Now Summit that petroleum products' rates will come down if brought under a single nationwide taxation system.

The central government earlier this month had cut excise duty by ₹5 per litre on petrol and ₹10 per litre on diesel. Several state governements too followed up by cutting back on VAT. But petrol and diesel prices still remain significantly higher than what these were just a few months ago.

Gadkari has said if petrol, diesel and other petroleum products can be brought under the single, nationwide GST regime, then taxes will further reduce, making the fuel cheaper in the country. “In the GST Council, finance ministers of states are also members. Some states are against bringing petrol and diesel under the GST regime," Gadkari, the Union Minister for Road Transport and Highways, said. “If petrol and diesel will be brought under the GST regime, then taxes on these products will be reduced and revenue of both the Centre and the states will increase."

(Also Read: Lassi for you, petrol for car: Dhabas may soon get green light for fuel pumps)

Earlier this year, in September, the GST Council had decided to continue keeping petrol and diesel out of the GST as this move would have resulted in a reduction in near record-high rates, but at the same time, impacted revenues.

"It will be reported to the High Court of Kerala that it was discussed and the GST Council felt that it wasn't the time to bring the petroleum products into the GST," Sitharaman said.