Harley Davidson’s new addition in their Sportster line-up, the Forty-Eight Special, is very similar to the standard Forty--Eight, with the same chassis, and identical steering geometry.
By : Autocar
| Updated on: 12 May 2018, 05:47 PM 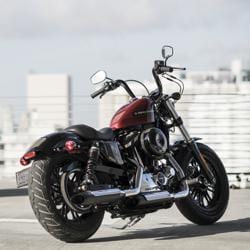 Most of the critical components on this bike are the same as those on the standard Forty-Eight.

Two new models joined the Sportster line-up for 2018, the Iron 1200, and this bike, the Forty-Eight Special. The Special exists alongside the standard Forty-Eight and the differences between them aren't that many. So, we'll start with what was constant. Most of the critical components on this bike are the same as those on the standard Forty-Eight. This means you get the same chassis, with identical steering geometry. The fat 49mm fork with a chunky fork brace carries forward, as well; as does the fat 130 section front tyre. Both bikes also share the 1202cc air-cooled V-twin in the same state of tune, with peak torque of 97Nm available from 3,500rpm. As is tradition, Harley doesn't quote power figures. The single seat is also the familiar one and the foot pegs are installed in the same forward-set position. 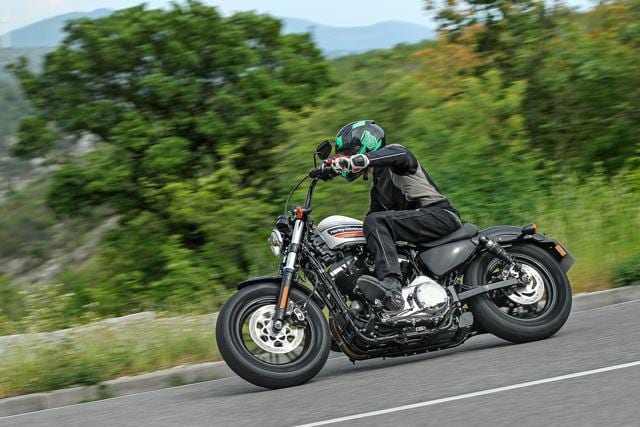 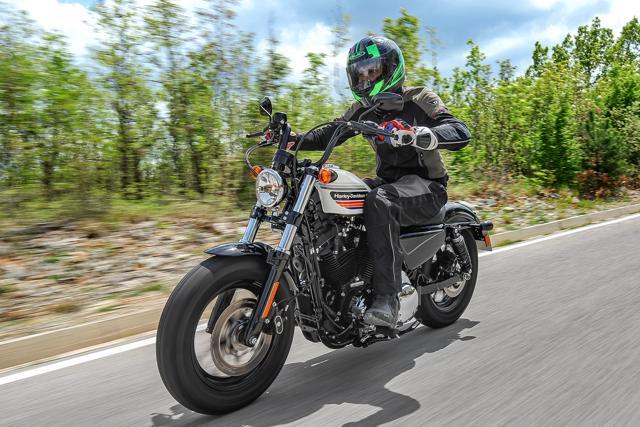 The differences between the Forty-Eight and the Special are largely visual. For starters, the fuel tank gets some lovely '70s-themed graphics and the wheels get a solid black treatment. The big change, though, comes in the new tall-boy handlebar that raises the rider's hands up but also brings them slightly forward. Coupled with the forward set foot pegs, this handlebar puts the rider in a mildly sporty forward lean - so it doesn't change only the looks, but also gives the bike a different feel, overall. 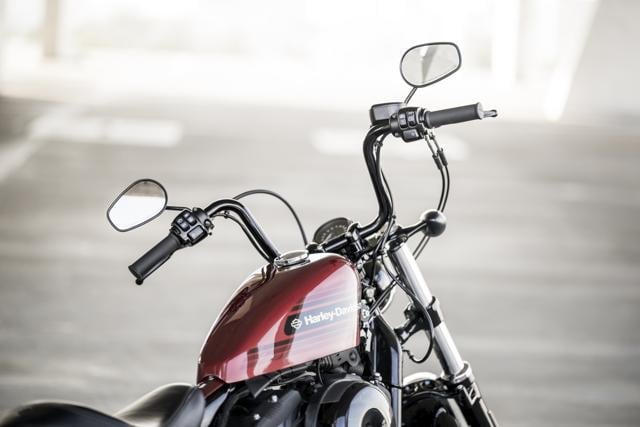 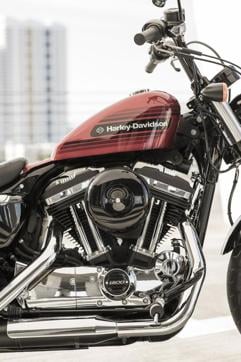 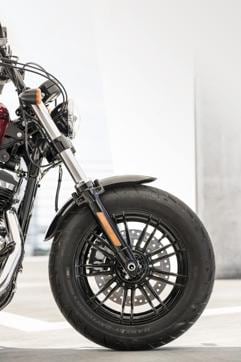 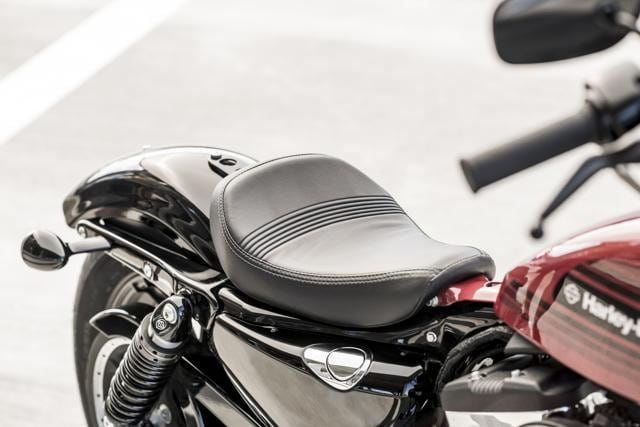 Quite well actually; after the Iron 1200 the Sportster feels decidedly more, erm - sporty. This is primarily thanks to the higher quality suspension fork and the solid fork brace that gives the front-end a more connected and planted feel. The fat tyre adds some effort to the steering - and just as with the Iron, the cornering clearance is a limiting factor to the amount of speed you can carry through the bends. Out on Croatia's lovely roads, the Forty-Eight felt fairly well-sprung, but every occasional bump ridden over was a reminder that these bikes don't have a lot of suspension travel. As a result, they won't like meeting the bigger potholes that pepper our roads. If you've ridden a 1200 Sportster before this, you'll be familiar with the engine's solid slug of torque and its tendency to chug and judder, as you ride along.

Harley-Davidson has stated that one of these new Sportsters will make it to our market by the festive season. It will, however, reveal which of these two will be the one as the date draws closer. If it's the Forty-Eight Special, you can expect this bike to be priced at par with the standard Forty-Eight, which costs ₹10.50 lakh.