Two-wheelers currently attract 28 per cent GST.Last year, the country's largest two-wheeler maker Hero MotoCorp had urged the government to consider a phase-wise reduction in GST on the segment.
By : PTI
| Updated on: 26 Aug 2020, 08:16 AM 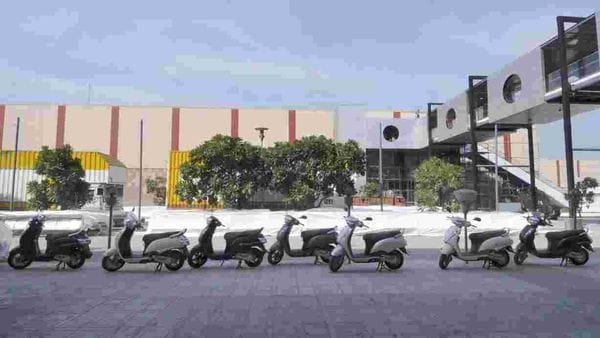 Two-wheelers are neither a luxury nor sin goods and so merit a GST rate revision, Finance Minister Nirmala Sitharaman said at an industry interaction on Tuesday.

According to a statement issued by CII, which was also issued by the finance ministry's spokesperson, Sitharaman said a rate revision proposal would be taken up by the GST Council.

"Responding to a question about the need for lowering GST rates on two-wheelers, she assured that this was indeed a good suggestion as this category is neither a luxury nor a sin good and hence merits a rate revision," the statements said.

This "will be taken up with the GST Council", the statements quoted Sitharaman as saying.

Last year, the country's largest two-wheeler maker Hero MotoCorp had urged the government to consider a phase-wise reduction in GST on the segment, starting with bringing bikes up to 150 cc into the 18 per cent slab.

AMRG & Associates Senior Partner Rajat Mohan said motorcycles, mopeds and cycles fitted with an auxiliary motor are taxed under the highest bracket under GST -- 28 per cent.

"Two-wheeler which is a basic necessity for transportation of millions of medium-income group households in India is treated at par with sin goods like tobacco, cigars, revolvers, and pistols and luxury goods like racing cars, personal use aircraft, yachts, sports vessels, and rowing boats," he said.