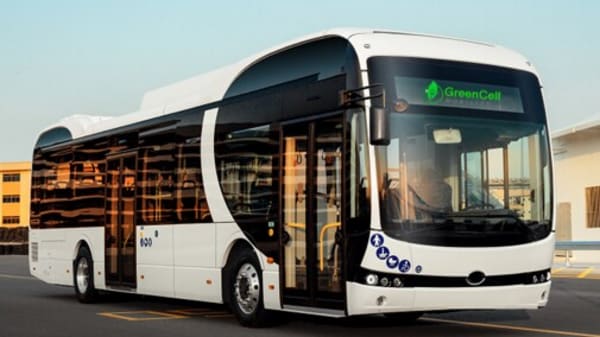 EverSource Capital-backed shared electric mobility platform GreenCell Mobility on Monday said it plans to deploy 50 electric buses in four districts of the state in a phased manner for inter-city travel. The first such bus is set to be launched on the Ahmednagar-Pune route from June 1, the company said in a statement.

These standard luxury coaches with Li-ion battery-fitted and air-conditioned cabins come with fast charging capability (90-120 minutes) and can run up to 250 km in single charge, it said.

Electric bus adoption has gained traction in India and multiple cities with state governments electrifying their bus-based transport system. This has been further accelerated by the Government of India's Faster Adoption and Manufacturing of Electric Vehicles in India (FAME) Phase – II scheme, the company said.

GreenCell Mobility will create 'green routes' with 12-meter buses in the state, the company said, adding that over a period, 10 buses will ply between Pune and Aurangabad as an extension of the Pune-Ahmednagar route, while 12 buses will run on the Pune– Kolhapur route.

Besides, as many as 18 buses will operate between Pune and Nasik and the remaining 10 coaches will be deployed in Pune-Solapur intercity route, it said.

"With these e-buses, the aim is to promote green and sustainable public transport in the state. We are very happy to partner MSRTC in this effort and look forward to providing passengers with a comfortable, safer, and greener way of travel," said Ashok Agarwal, Managing Director and Chief Executive Officer at GreenCell Mobility.

The company also said that a total of 3,743 tons of CO2 from tailpipe emissions would be avoided over the lifetime of these buses.

GreenCell is building a platform to provide e-Mobility-as-a-Service (eMaaS), initially using electric buses and delivering the core value proposition of cheaper non-polluting on-demand shared transportation, charging infrastructure, and enabling products for the e-mobility value chain, according to the release.