Great Wall Motors had suffered a setback after the Maharashtra government had put on hold investment proposals from three Chinese companies, including Great Wall Motors, in June last year.
By : HT Auto Desk
| Updated on: 05 Jun 2021, 10:48 AM 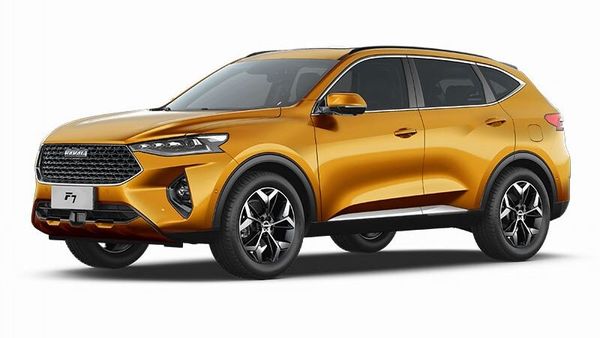 Chinese automotive giant Great Wall Motors may finally be heading to India as it seems to have picked up pace to launch operations after initial roadblocks. The GWM India website went live a day ago, hinting that carmaker may soon be launching its products here.

The website GWM India says that its commitment to India is ‘Building on our strength and core technologies in the new energy field, we are committed to adapt and lead changes in the automotive industry and consumer habits, by reducing carbon footprints, and build a clean, green and healthy environment’.

The website showcases Haval brand of SUVs which features the F7 SUV prominently. It could be GWM’s first offering for the Indian market. Haval F7 is one of the more popular SUVs from the brand. The five-seater SUV is expected to reach the Indian shore by the end of this year if Great Wall Motors manages to get nod from authorities to finally start India operations.

The Haval F7 SUV for the global market comes with the option of two petrol engines - a 1.5-litre T-GDI turbo and a 2.0-litre T-GDI turbo. Both engines are mated to a 7-speed dual-clutch automatic gearbox as standard. In India, the Haval F7 SUV will rival the likes of Hyundai Creta, Tata Harrier and MG Hector SUVs when it arrives.

The Haval F7 SUV was first showcased for the Indian audience when Great Wall Motors took part in the Auto Expo last year in Greater Noida. GWM also showcased other vehicles, including electric cars, as a precursor to its India arrival. However, the Covid-19 pandemic, coupled with India’s worsening foreign relations with China over Ladakh stand-off, had put a brake on GWM's India entry.

The group is also reportedly trying to finalise its top management in India. Recently, GWM India lost Hardeep Singh Brar, who was the National Head of Sales and Marketing for the group's India operations, to Kia India.

The group had planned to set up its first facility in Maharashtra, but received a setback when the former state government had put on hold investment proposals from three Chinese companies, including Great Wall Motors, in June last year. GWM had planned an estimated $1 billion investment to take over General Motor's Talegaon plant and renovate it to manufacture large vehicles like SUVs. It also planned to invest in EV battery manufacturing in India.

When it begins India operations, Great Wall Motors will be the second Chinese major to enter the domestic market after SAIC-promoted MG Motor made its debut. GWM currently has presence in more than 60 countries across the world. It has its regional marketing centres in Russia, Australia, South Africa, South America, and the Middle East.