Google Assistant driving mode for Android smartphones to be rolled out

The Driving mode would launch on Google Assistant if the user’s phone is connected to the car’s bluetooth. Or it can be activated by just saying 'Hey Google, let's drive'.Apart from driving mode, Google said it has made available to users the ability to control their cars remotely.
By :
| Updated on: 21 Oct 2020, 08:15 AM 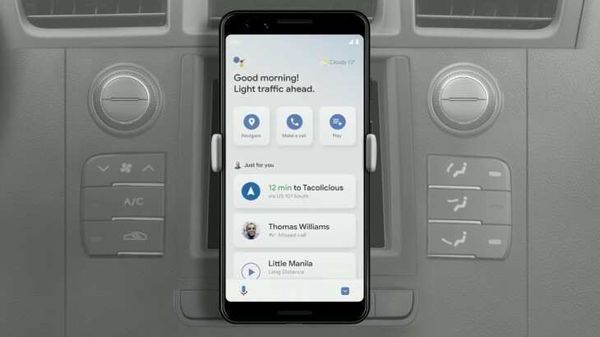 Tech giant Google seems to have started rolling out Google Assistant's Driving Mode on Android devices. The feature was first announced back in 2019 at the Google I/O event.

Mashable quoted XDA Developers as saying that the new driving mode feature on Android devices is going to act as a better replacement for all the auto apps available for Android smartphones. Links to the feature were first spotted two weeks ago, as part of a new navigation User Interface in the Google maps. The new settings page has also been discovered that confirms that this new UI is part of Google Assistant's driving mode.

The report also shared screenshots that further prove that driving mode is being rolled out. If the user will check the 'Google Assistant settings' item in the 'Navigation settings' of Google Maps, he/she will see that it now has a description 'manage driving mode.'

The report noted that this could be because Google is currently running A/B tests for the UI, or that Google perhaps changed the UI for the better given that it's been a year since the announcement.