Geely is seeking to expand into electric vehicles amid a booming market in countries including China.
By : Bloomberg
| Updated on: 14 Apr 2021, 09:09 AM 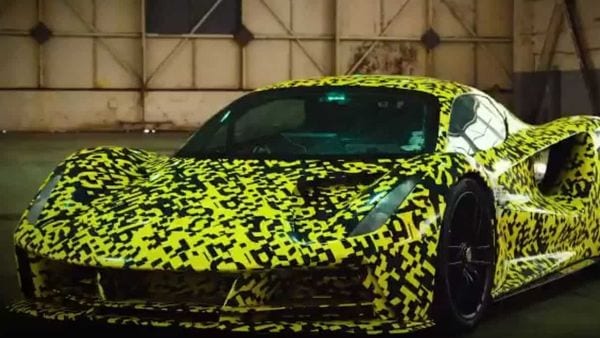 Lotus' effort to piece together its first new vehicle in more than a decade has been put on hold as production remains halted at its Norwich headquarters. The machine, dubbed Evija, is shaped like a spaceship with trimmed sides and massive wheels. Only 130 of these will be built.

Zhejiang Geely Holding Group Co. is considering raising about $1 billion to help expand its iconic British sports and racing automotive business Lotus Cars into the electric vehicles market in China, according to people familiar with the matter.

Geely is working with advisers to sound out potential investor interest in a funding round that could value Lotus’s EV operations at about $5 billion, the people said, asking not to be identified because the matter is private.

Separately from the fundraising, the Chinese company is also weighing an initial public offering of Lotus Cars, or just the British carmaker’s EV business, as soon as next year, the people said. A listing could value the entire business, including its combustion-driven sports and racing cars, at more than $15 billion, the people said.

Chinese billionaire Li Shufu’s Geely, which also controls Sweden-based Volvo Car AB, purchased a stake in Group Lotus in 2017. It owns 51% of the company, including both Lotus Cars and consultancy Lotus Engineering, while Malaysia’s Etika Automotive Bhd. owns the remainder, according to a press release. Under Geely, Lotus in 2019 launched its all-electric Evija hypercar, a 1,972-horsepower coupe that costs about $2 million.

Considerations are ongoing and details including size and timing could change, the people said. A Geely representative declined to comment. Representatives for Lotus didn’t immediately comment when contacted by Bloomberg News.

Geely is seeking to expand into electric vehicles amid a booming market in countries including China. Polestar, the electric carmaker controlled by Volvo Car and its owner Geely, is exploring options for going public as soon as this year, Bloomberg News has reported.

Investor mania over EV-related stocks has pushed the share prices of players including Nio Inc. and Xpeng Inc. to stratospheric levels. That intense interest has also spawned a wave of EV upstarts raising billions and racing to list via special-purpose acquisition companies. More than $180 billion has been raised globally through SPAC IPOs in the past 12 months, Bloomberg-compiled data show.