Future at Ford is electric, billions at stake to roll out more EV models

Ford has added about $8 billion to its EV development spending from this year to 2025, bringing the total spending budget to nearly $20 billion.Ford has also announced new electric vehicle platforms to underpin its commercial vehicles, pickup trucks and SUVs.
By : HT Auto Desk
| Updated on: 27 May 2021, 10:19 AM 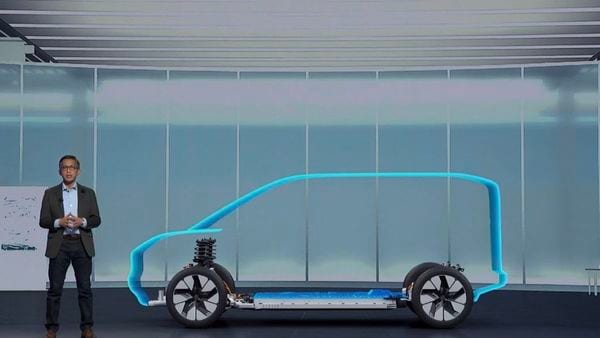 As governments around the world plan to phase out internal combustion engine-based vehicles, Ford Motor has announced that it expects 40% of its global sales to be battery-powered vehicles by the end of the decade. It is spending billions to add new EV platforms and battery-making facilities to achieve its green goals.

The company has added about $8 billion to its EV development spending from this year to 2025, it revealed in an investors' presentation, bringing the total spend to nearly $20 billion. This additional spending is part of a join venture with battery-maker SK Innovation to make batteries for around 600,000 electric vehicles per year in two factories in North America.

Ford has also announced two new electric vehicle platforms to underpin its commercial vehicles, pickup trucks and SUVs such as the Ford Explorer. A new rear-drive/all-wheel-drive flexible electric vehicle platform will underpin Ford's new generation of high-sales vehicles and other larger SUVs with two and three rows. The company even hinted at building an electric Bronco, as per an Electrek report. Ford also said that its smaller vehicles in Europe would be built on underpinnings from its partner Volkswagen.

As Ford moves forward on the electrification path under CEO Jim Farley, it expects most of its battery-powered sales to come from Europe, where the company has already pledged to convert its entire passenger vehicle lineup to electric by 2030.

Further, the automaker plans to add cargo vans and pickup trucks based on its new EV architecture, and expects one third of its pickup truck sales to be fully electric by 2030, the company’s product development chief, Hau Thai-Tang, was quoted as saying by the Associated Press.

(With inputs from the Associated Press)