Fuel prices hiked four days in a row, Petrol soars to over ₹88 in Delhi

Oil Minister Dharmendra Pradhan had told Parliament that the government is not considering a reduction in excise duty to bring the prices down from their record highs.
By : HT Auto Desk
| Updated on: 12 Feb 2021, 17:01 PM 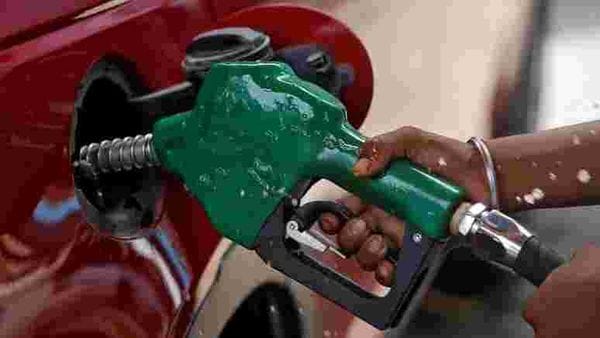 Representational image: A worker holds a nozzle to pump petrol into a vehicle at a fuel station in Mumbai.

Petrol and diesel prices have recorded new highs on Friday after rates were hiked for the fourth day in a row. Petrol was made costlier by 31 paise per litre and diesel grew costlier by 35 paise a litre, as per a price notification of state-owned fuel retailers.

The prices have increased steadily over the course of the last four days, overall petrol has become expensive by ₹1.21 per litre, while diesel price has risen by ₹1.25 a litre. For the record, central and state taxes make up for over 61% of the retail selling price of petrol and about 56% of diesel.

Retail petrol rates have shot up by ₹18.57 per litre since mid-March 2020 and similarly, diesel rates have gone up by ₹16.09 after the government decided to raise taxes by a record margin to mop up gains arising from fall in international oil prices.

Oil Minister Dharmendra Pradhan had told Parliament that the government is not considering a reduction in excise duty to bring the prices from their record highs.