From Tata Safari to Hyundai Santro: Return of iconic badges

The Indian auto market has witnessed the return of Tata Safari, Hyundai Santro and Bajaj Chetak in last few years.Hindustan Motors Ambassador and Yamaha RX100 are two models that we would love to see making comeback.
By : HT Auto Desk
| Written By : Mainak Das
| Updated on: 22 Feb 2021, 20:40 PM 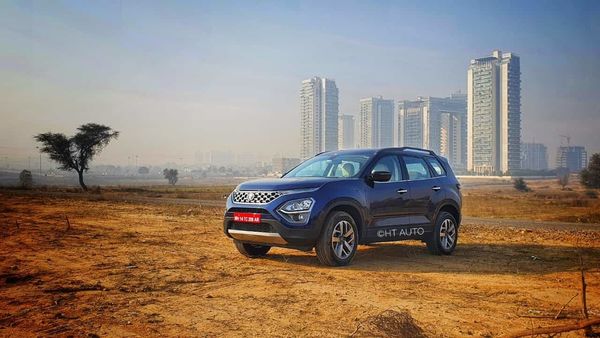 The Tata Safari is considered one of the best off-roaders sold in the Indian market ever. (Image: HT Auto/Sabyasachi Dasgupta)

The Indian automobile market is one of the most lucrative and highly competitive ones in the world. By 2025, the Indian automobile market is expected to become the third-largest one in the world in terms of volume sales. While the car brands such as Maruti Suzuki, Hyundai, Tata Motors, Mahindra & Mahindra dominate the Indian PV segment, the two-wheeler segment witnesses the dominance of brands like Hero MotoCorp, Honda, Bajaj, etc.

In the last couple of years, several interesting trends have been witnessed in the Indian auto market. While the emergence of megatrends like Connected, Autonomous, Shared/Subscription, and Electrification (CASE) are disrupting the domestic automobile market, another interesting trend has become visible in the last few years.

Remember the era when Tata Safari, Hyundai Santro, Bajaj Chetak used to dominate the Indian roads. Yes, that was the time when India entred the globalization network and the automobile market of the country was witnessing the entry of several auto brands.

During that era, not many cars or motorcycles, or scooters were available in the country market, but only a few to choose from. It was a very different time as compared to now. While the brands like Tata Motors, Hyundai, or Bajaj Auto have moved ahead a lot from that period, there is one common factor working for all of them. All of these automobile brands are bringing back their iconic model’s nomenclature in a new and modern avatar.

For instance, Tata Motors brought back its Safari badge in a completely new form after months of spending on the names like Buzzard, Gravitas, etc. Santro tallboy hatchback was the model that paved the road to Hyundai’s success in the Indian market. After being sold for over a decade in the domestic market, the South Korean auto major discontinued the model in 2014. However, owing to the great consumer demand and interest, the carmaker brought back its iconic Santro badge in 2018 replacing, in a new form albeit.

In the two-wheeler segment as well, Bajaj Auto brought back its Chetak scooter after 13 years and this time in an electric avatar. Back in 2018, Jawa is another iconic brand that made a comeback to India through Classic Legends, after giving way to Yezdi back in 1973.

It might seem distinct in the Indian market, but the comeback of such iconic automotive badges is in line with the global trend. French auto giant Citroen that is currently a part of the Stellantis brought back the Ami in an electric quadricycle form. Another French auto giant Renault too brought back its Alpine and 5. Fiat too did the same with 500, while British car marquee Mini tried its luck with the ‘Mini’.

Among other instances, we can name the comeback of Ford Bronco in a new and futuristic avatar in 2020. Apart from that, General Motors is working on an electric Hummer to bring back the iconic off-roader in a future-worthy zero-emission avatar. Volkswagen Bus was one of the most significant examples of the counterculture movement of the 1960s. Remember those colourfully painted VW buses used widely across the world by hippies? Yes, the iconic badge making a comeback through the German automaker’s ID.Buzz Microbus.

Clearly, there have been numerous examples of the iconic automobile badges making comeback in the 21st century and India is just a part of that story.

The automobile brands often worry if the introduction of a new badge doesn’t work. Hence, the reliance on tried and trusted badges like Safari and Santro. Bajaj Chetak too followed the same route. When Bajaj Auto showcased the concept model as Urbanite, it was thought that the two-wheeler giant would introduce a new model. However, Bajaj took the same route to bring back the Chetak badge into life churning the retro ‘Hamara Bajaj’ sentiment.

In many cases, automobile brands often rely on the demand of consumers. Though not much, a part of the Indian consumers still love the legacy and it was true for Safari, Santro, and Chetak. Many consumers used to check with the Tata Motors, Hyundai, and Bajaj of the brands would revive the iconic badges.

Other badges suitable to be revived

Two of the automotive badges that we would love to see are the Hindustan Motors Ambassador and Yamaha RX-100.

Currently owned by Stellantis, the HM Ambassador could be a perfect badge to be revived in India, considering the fact that it was one of the bestselling and longest selling models of the country and the Ambassador oozed out a true aristocratic feel. While HM refused to spend money on modernising the iconic car, Stellantis could think differently.

Yamaha RX100 was an iconic sporty motorcycle and a style icon in the Indian market that many enthusiasts still drool over. Introduced as an answer to the AX-100 in 1985, the Yamaha RX100 could be a model that the Japanese two-wheeler major can try to bring back in a bid to revive its business here.