Home Auto News Fourth Of July Is The Deadliest Holiday For Drivers On Us Roads, Claims Study

Fourth of July is the deadliest holiday for drivers on US roads, claims study 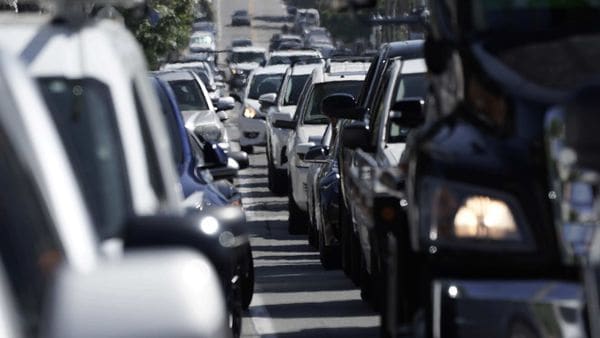 Heavy vehicular traffic is seen in the Ocean Beach neighbourhood of San Diego, California, US, ahead of the Fourth of July holiday.

The Independence Day of United States is not a reason to celebrate if one is out on the road driving. According to a study released by one of the insurance agencies, Fourth of July tops among a list of 10 holidays when it comes to road fatalities.

The study conducted by AutoInsurance.org has shared data on road accidents during major holidays in US since 2016. The three-year data reveals that there were as many as 1,349 fatal accidents on road on US Independence Day. That is an average of 450 accidents per year on Fourth of July. It is deadlier than other holidays like Memorial Day or Labor Day, which ranked second and third respectively.

The study says, “During the first wave of the coronavirus pandemic, we’ve seen a substantial decrease in fatal crashes on our nation’s roadways as folks quarantine at home and travel less. This decrease is especially true given that drunk driving has dropped during Covid-19."

The agency said it has been analysing the phenomenon of holiday fatal crashes for four years now. As we move into our latest analysis, it’s important to note that the National Highway Traffic Safety Administration (NHTSA) reports on fatal crashes and that each wreck can result in multiple deaths. 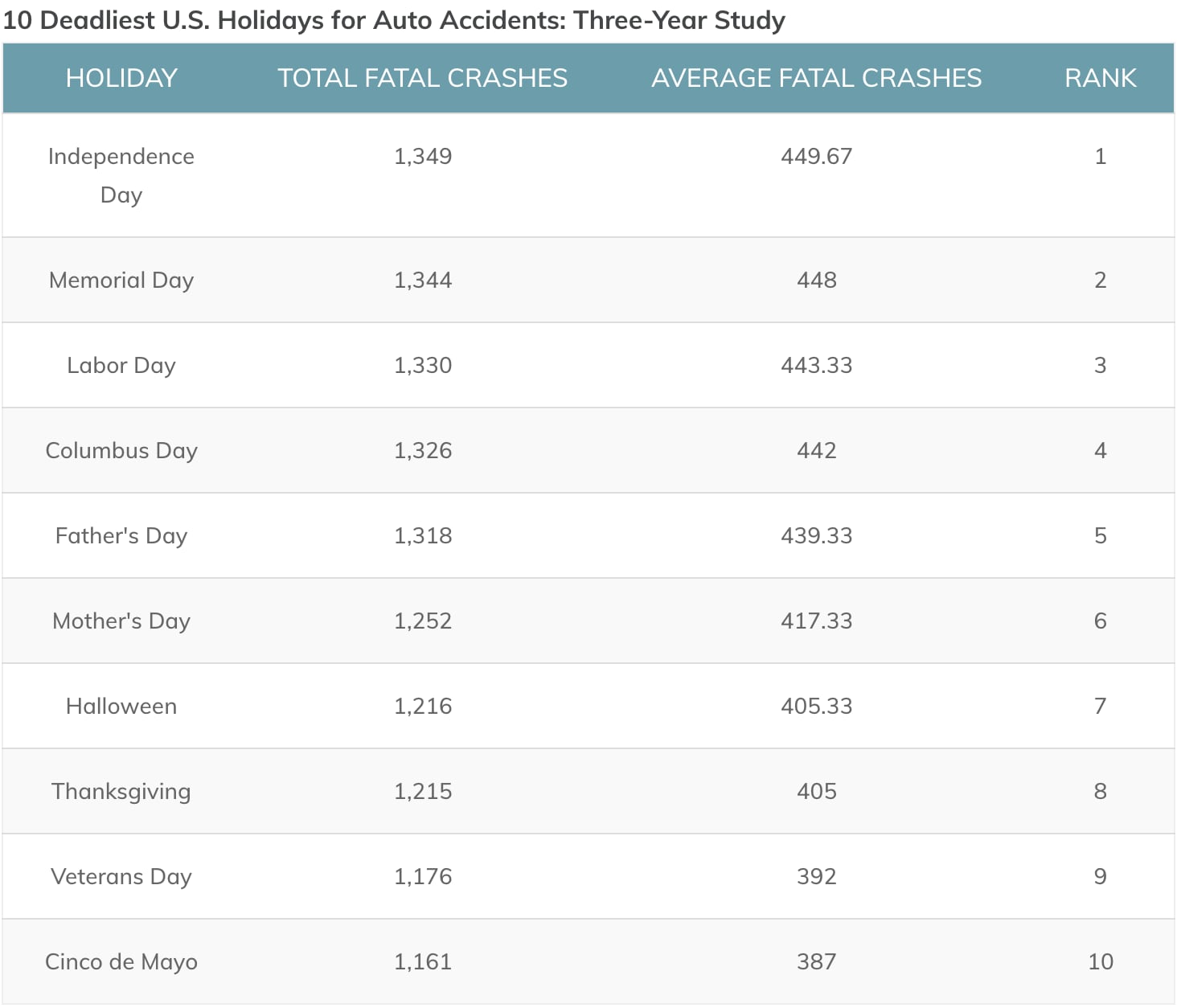 Road accident statistics on US holidays as shared by AutoInsurance.org

Commenting on the road fatalities on Fourth of July, the study read, “Independence Day brings with it a lot of festivities, including fireworks, barbeques, and excessive drinking. This last activity is largely what makes Fourth of July roadways so deadly for US drivers. The Department of Transportation reports that there are a few tragic statistics to keep in mind from July 4, 2018."