Alphabet Inc’s driverless car unit, Waymo, brought a lawsuit against Uber in 2017 alleging the ride-hailing company profited from Levandowski’s theft of secrets when it recruited him from Google.
By : Bloomberg
| Updated on: 05 Aug 2020, 08:48 AM 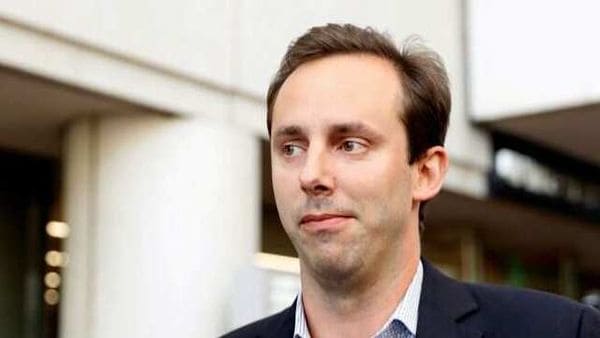 Autonomous driving engineer Anthony Levandowski was ordered to spend 18 months in prison for stealing trade secrets from Google as he defected to Uber Technologies Inc., in one of the highest-profile criminal cases to hit Silicon Valley.

US District Judge William Alsup in San Francisco imposed the sentence Tuesday after Levandowski pleaded for mercy and prosecutors said anything short of locking him up would render similar crimes by future engineers a mere cost of doing business. Alsup subtracted nine months from what government lawyers wanted, and said the engineer should serve his term only once the coronavirus has been wiped away from prisons.

The 40-year-old father of two’s downfall is a saga of avarice and betrayal that left all involved looking bad.

“This was the biggest trade-secret crime I have ever seen," Alsup said, citing his decades of experience as a defense lawyer and judge. “It was massive in scale," with the stolen trade secrets amounting to “a game plan that the opposing coach would love to have."The judge also expressed a deep admiration for Levandowski, repeatedly calling him a “brilliant engineer," and “maybe the best I have ever seen." Telling him that “it pains me to do this to you," Alsup explained that in white-collar cases especially, deterring would-be thieves is paramount. The judge ordered the engineer to give “Why I went to federal prison" speeches to the public.

Levandowski’s guilty plea, after reaching a deal with prosecutors earlier this year, leaves him a bankrupted convicted felon. His last few years of courtroom battles, he said in a letter to Alsup, have been a “gruelling lesson in humility." Levandowski had asked for a sentence of home confinement due to Covid-19 infections in prisons that he said could amount to a “death sentence."

At Tuesday’s hearing, Levandowski apologised to former colleagues at Google whom he said he betrayed, and to his family and friends.“I can’t change what I did, but I can learn from my mistakes," he told the judge.

Alsup oversaw the civil suit that Alphabet Inc.’s driverless car unit, Waymo, brought against Uber in 2017 alleging the ride-hailing company profited from Levandowski’s theft of secrets when it recruited him from Alphabet’s Google a year earlier. It was during that case, which eventually settled at trial, that Alsup recommended prosecutors criminally investigate Levandowski.

During Levandowski’s years at Google, the company heaped unprecedented sums on the engineer, including a $120 million bonus –- only to claw it all back, and more, in a bruising civil arbitration over his defection that drove him into bankruptcy.

Jim Pooley, a dean of trade secrets law in Silicon Valley, said the civil and criminal cases were so high-profile because as a leader of cutting-edge technology, Levandowski moved between powerful competitors “in a way that was both spectacular and secretive at the same time," and “with hundreds of millions of dollars being thrown around."“Nobody came out of this looking especially terrific," Pooley said.

Levandowski, in a court filing, urged the judge to resist the “sinister narrative" that he stole secrets worth billions of dollars to enrich himself and Uber –- for which he was pilloried in the media.

Of the 33 counts he was charged with, Levandowski ultimately pleaded guilty to one: downloading Google files that included details about its driverless program’s goals, metrics, and challenges the company faced and overcame.

Prosecutor Katherine Wawrzyniak contested Levandowski’s argument that he didn’t use Google’s trade secrets, telling Alsup he consulted the information at least as recently as one month after he left the company.

“This was a brazen theft and it still shocks the conscience today," she told the judge. “If there’s no jail time, some entrepreneurs are going to decide the potential upside of stealing trade secrets is it’s worth it."

When Waymo sued Uber more than three years ago, both sides pounded the courtroom podium with urgent arguments about how Levandowski might propel or hobble their position in the nascent driverless car market. Today, the only paid-for driverless rides in the US are in Waymo cars in Phoenix. Uber’s driverless unit, Advanced Technologies Group, hasn’t set a date for providing self-driving cars on its network.Levandowski, meanwhile, has started a new company, Pronto, which makes safety systems for trucks -– without relying on lidar, the technology at issue in Waymo’s suit against Uber that helps autonomous vehicles see their surroundings.“We’ve seen so many people in Silicon Valley resurrect their reputation after what we thought would be career-ending moves," said Eric Goldman, a professor at Santa Clara University’s law school. “It might take him a little time, but the Valley has a short memory of prior sins for people who can deliver high value."