Ford Motor Co. and General Motors Co. will attempt to settle a trademark fight over the branding of their hands-free driving technology out of court.
By : Bloomberg
| Updated on: 02 Oct 2021, 12:30 PM 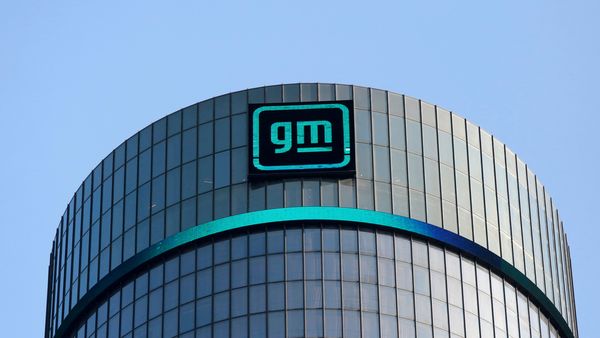 The new GM logo is seen on the facade of the General Motors headquarters in Detroit, Michigan, US.

Ford Motor Co. and General Motors Co. will attempt to settle a trademark fight over the branding of their hands-free driving technology out of court.

Lawyers for the companies told a San Francisco federal judge that they are continuing to work out terms of the settlement and will report back to court within 60 days if an accord isn’t reached.

The tit-for-tat legal skirmish began in July when GM sued Ford for violating its trademarked driver-assist technology. It said it was taking action to protect its “Super-Cruise" brand and “Cruise," the name of its self-driving affiliate Cruise LLC, after Ford in April renamed its Co-Pilot360 automated driving system as “BlueCruise."

Ford fired back, asking the U.S. Patent and Trademark Office to strip GM of the two trademarks. It argued the whole industry should be able to freely use the word ‘cruise’ to describe driver-assist technologies. The agency doesn’t typically register words and phrases that are commonly used.

GM first introduced Super Cruise, which allows drivers to take their hands off the wheel for brief periods, on the Cadillac CT6 in 2017. Since then, the company has expanded the technology to allow cars to change lanes on their own, and plans to offer the feature on more models.

Ford unveiled plans last year to offer its BlueCruise hands-free driving technology on its F-150 pickup, the top-selling vehicle in the U.S. It’s also offering BlueCruise as an over-the-air software update on its electric Mustang Mach-E.

Semi-autonomous features such as hands-free driving and crash-avoidance technology have become hotly contested battlegrounds as automakers seek to boost prices, best rivals with options that command a premium, and give drivers high-tech bragging rights.