Ford wants to have a dominant position in the EV game and if Europe makes solid moves in this regard, the American car giant doesn't want to lose out.
By : HT Auto Desk
| Updated on: 19 May 2022, 09:48 AM 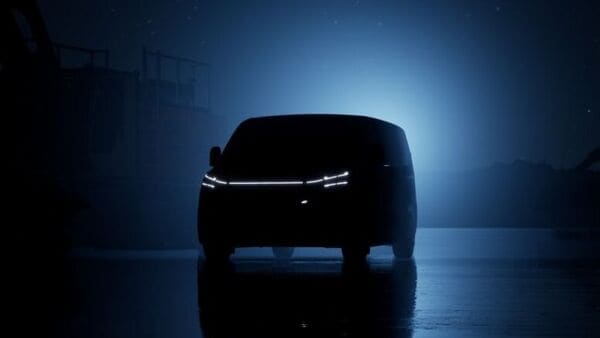 Ford is looking at a robust line up of personal and commercial vehicles that are powered by battery.

Ford cars are a common sight on roads across Europe but despite the fact that the American company sells a number of relatively popular petrol and diesel-powered vehicles in markets here, is supporting a call for sales of vehicles with internal combustion engines (ICE) by 2035. While the company officially states that it is concerned about the environmental impact from such vehicles, it is also true that Ford has been betting big on its electric strategy and has ambitious plans to introduce new models here.

The European Parliament and EU governments are expected to make positions clear on whether sales of ICE vehicles will be banned by 2035, in June. A number of auto brands have come out in open support of such a move with Ford being the latest. And while it may appear rather perplexing that a company that sells decent number of ICE vehicles is supporting such a possible move, the EV strategy of Ford makes the reasoning behind the decision to support far clearer.

The Americans are prepping a Puma EV and two electric crossover vehicles for markets which include several countries in Europe. The Mach-E is already sold in several markets in the continent. It is reported that Ford will switch to top gear in its electrification plans for Europe come 2024, giving it more than a decade to fine-tune its game if ICE vehicle sales are indeed banned by 2035.

Officially though, Ford maintains that EVs are indeed the future. “ At Ford in Europe, we believe that freedom of movement goes hand-in-hand with caring for our planet and each other," said Stuart Rowley of Ford of Europe. "That’s why we are targeting all Ford vehicles to be zero-emission by 2035. To successfully achieve this, EU policymakers must also establish mandatory national targets for a seamless electric charging infrastructure that lives up to the growing demand for electric vehicles."

An absolute blanket ban on sales of ICE vehicles, however, may not materialize. Not by 2035 at least. There is some degree of reservation among individual countries regarding the scale and scope of a ban or even restrictions for petrol or diesel-powered vehicles.