US' National Highway Traffic Safety Administration has received three complaints about fires in the interiors of 2014 Chrysler Town and Country minivans between June 2018 and May 2020.
By : Bloomberg
| Updated on: 12 Aug 2020, 01:40 PM 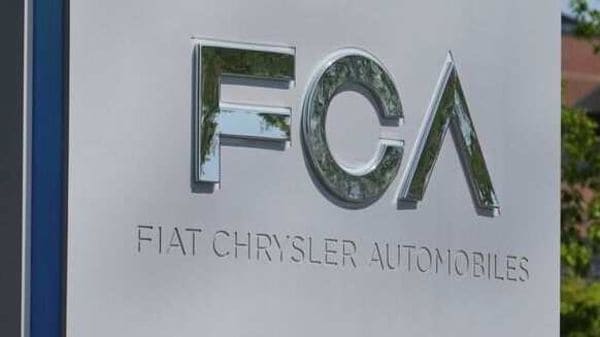 FILE PHOTO: A Fiat Chrysler Automobiles (FCA) sign is at the U.S. headquarters in Auburn Hills, Michigan, US.

The US government is investigating reports of fires in the passenger compartments of a popular minivan made by Fiat Chrysler Automobiles NV.

The National Highway Traffic Safety Administration has received three complaints about fires in the interiors of 2014 Chrysler Town and Country minivans between June 2018 and May 2020.

Each complaint alleges that while vehicles were in use, fires suddenly appeared near an electrical port between the second and third row of seats called a “charge hub" used to charge mobile phones.

NHTSA’s Office of Defects Investigation says in a filing that it opened a preliminary evaluation on August 8 based on the complaints.

“While the reports indicate that the charge hub was the likely origin or starting point of the fire, the cause of the fires has not been identified at this time," according to the agency filing.

The investigation aims “to evaluate the cause of the fires, as well as the scope, frequency and consequence of the alleged defect."

There are an estimated 150,000 of the vehicles on the road, according to NHTSA. The model was discontinued after 2016.

Eric Mayne, a spokesman for FCA US LLC, the North American arm of Fiat Chrysler, said in a statement that FCA is cooperating with the investigation and that customers with concerns should contact a dealership.