Thanks to low-cost of sodium-ion-based technologies, electric cycles integrated with such batteries would be significantly cheaper.
By : HT Auto Desk
| Updated on: 04 Aug 2022, 17:49 PM 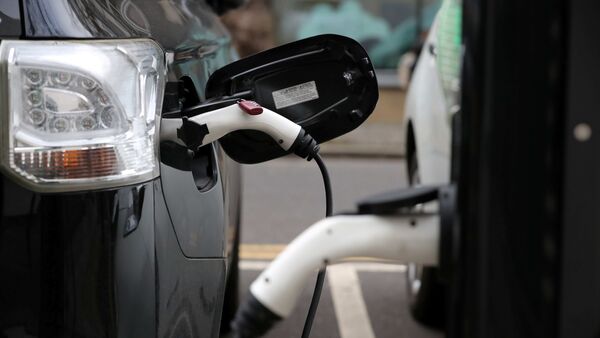 Researchers from IIT Kharagpur have developed sodium-ion-based batteries and supercapacitors using nano-materials for next-generation energy storage technologies and their use in electric vehicles. Sodium-ion batteries have come to be considered as a possible complementary technology to lithium-ion batteries because sodium is available in natural abundance and this results in low costs of batteries made from them.

Thanks to low-cost Na-ion-based technologies, electric cycles integrated with such batteries would be significantly cheaper. The IIT Kharagpur research team has used sodium iron phosphates and sodium manganese phosphates which were synthesised to obtain Na-ion-based batteries and supercapacitors.

The team is led by Professor Amreesh Chandra, Department of Physics, IIT Kharagpur, who has researched rigorously to develop Na-ion-based energy storage technologies. His team has developed a large number of nanomaterials that can be rapidly charged and then integrated with electric cycles. “Sodium-ion batteries and supercapacitors can now compete with their counterparts i.e. Lithium-ion based energy storage devices," the professor said.

The sodium materials are not just cheaper than lithium-based materials, they are also high performing, and can be scaled up to industrial-level production. A cell made from A Sodium -ion cell can also be discharged to zero volt, similar to a capacitor, making it a safer option in comparison to many other storage technologies.

The professor said that with further development, the price of electric vehicles can be brought down to the range of ₹10,000-15,000, making them nearly 25 per cent more affordable than lithium-ion storage technologies-based electric cycles.

As disposal strategies of sodium-ion-based batteries would be simpler, it can also help in addressing the climate mitigation issue. These batteries can also be charged rapidly. “Taking advantage of the fact that sodium-ion batteries can be charged rapidly, Dr. Amreesh Chandra has integrated it with e-cycles which is an easy, affordable option for the masses," IIT Kharagpur Director Professoe V K Tewari stated.