Momentum is building in a market that’s already the world’s second-biggest -- well behind China but significantly ahead of North America.
By : Bloomberg
| Updated on: 12 Dec 2019, 11:44 AM 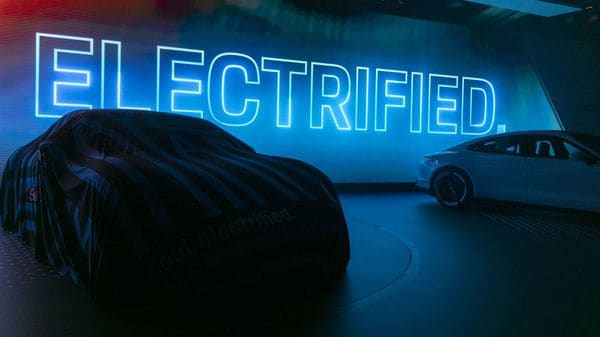 Europe is poised to lead global growth in electric-car sales next year as governments across the region offer consumers ever-sweeter incentives toward the purchase of new vehicles.

Momentum is building in a market that’s already the world’s second-biggest -- well behind China but significantly ahead of North America -- as the European Union on Wednesday set in motion an unprecedented plan to become net neutral on carbon emissions by mid-century. With car manufacturers already facing the stark choice of either offloading emissions-free vehicles or paying stiff EU penalties on polluting models, 2020 is shaping up as do or die for the industry.

“It’s better to subsidize electric cars than to pay high fines for selling combustion engines," said NordLB analyst Frank Schwope. “We should see steady gains in the numbers next year."

In Europe, sales of pure electric and plug-in hybrid passenger cars are expected to grow 35% in the first nine months of 2020, a rate far higher than China and North America, according to BloombergNEF. Battery-only vehicles have long outpaced plug-in hybrids in the three regions.

The forecast is for 32% growth in Europe this year, compared with a cooling of the market in China as the government pulls back on subsidies and in North America as Tesla Inc. sends more Model 3s abroad.

The push to sell is taking on greater urgency as companies like Volkswagen AG spend record amounts to roll out new models. In Europe, electric cars still represent a relatively small proportion of the market -- although the share is approaching that of China.

“Pricing and the development of charging infrastructure will be the cornerstone of EV growth," said Fitch ratings analyst Emmanuel Bulle in an email, noting some consumers are reluctant to pay more for electric-only cars because of range anxiety.

In response, European governments are also pushing for the expansion of charging networks. In the U.K. and Germany, companies like Char.gy and Ubitricity are integrating chargers into street lamp posts as a way to broaden infrastructure more quickly.

Here’s a look at how key European markets are shaping up:

Europe’s biggest car market will be the one to watch next year. Chancellor Angela Merkel unveiled a landmark climate package in September with subsidies aimed at boosting EV sales. The policy seems to be working, with Germany set to overtake much-smaller Norway as the regional battery-car leader.

Car buyers paying less than 40,000 euros ($44,000) are eligible for state and company handouts of as much as 6,000 euros. This could cost as much as 2.6 billion euros by 2025, BloombergNEF estimates.The mechanism will likely influence the way German carmakers market their next round of battery-electric vehicles, according to Matthias Schmidt, a Berlin-based automotive analyst.

“The 40,000-euro list price is going to be a very important level for BEVs in the next one to two years," he said. VW will sell ID.3 cars for under 30,000 euros, while BMW AG’s electric mini has an entry-level price of 32,500 euros. Both will offer consumers a domestic alternative to Tesla’s Model 3.

Overall, German carmakers plan to triple their electric-car offerings to 150 models by 2023 and invest 50 billion euros by 2024, according to Bernhard Mattes, head of the VDA automakers’ lobby.

At ground zero of the Paris climate accord, France is backing policies to promote electric cars and charging stations as a way to lower carbon emissions and support the domestic industry. The government has to tread carefully after cars emerged as a flash point during the massive Yellow Vest demonstrations that began against a fuel tax. Protesters said it said would hurt low-wage earners who couldn’t afford new vehicles, let alone electric ones.

In the nascent market, Renault SA’s compact Zoe model has emerged as France’s best-selling fully electric vehicle so far this year with a 43% market share, ahead of the Model 3 and Nissan Motor Co.’s Leaf, according to consultancy Inovev. With 35,000 units sold in Europe in the first nine months of the year, the Zoe still lags far behind the Model 3, which registered nearly 63,000, according to BloombergNEF.

The state gives as much as 6,000 euros plus a conversion bonus to buyers scrapping an old clunker for an electric car. In the greater Paris region, the local government has further sweetened the offer, with subsidies reaching as much as 14,500 euros when central and regional government contributions are combined and the buyer has a low income.

The region’s second-biggest car market is battered by Brexit uncertainty, so growth in electric vehicle sales has given some relief to the broader slump. Sales of all-electric cars more than doubled through November to 32,911 units, according to the Society of Motor Manufacturers and Traders. Yet they captured just 1.5% of the overall market.

The U.K. offers grants and rebates on pure electric vehicles of as much as 3,500 pounds after phasing out subsidies for hybrids last year. To be eligible, cars should be capable of traveling 70 miles without any emissions.

The SMMT auto industry lobby is also seeking government help for battery manufacturing investments, as well as incentives and infrastructure spending to help prop up demand.

The small European country is punching well above its weight on electric car sales. The government now plans to give tax advantages for at least the next five years as a way to reach a long-term goal to have only clean cars in the country by 2050.

For now, the Dutch system is a hotchpotch of incentives that includes exemptions on a road tax, and a much lower sales-tax rate applied to the first 50,000 euros of the price tag of an electric car.

Local governments have also put in place their own measures. In Amsterdam, electric car or delivery van buyers could get as much as 5,000 euros toward their purchase while investment in battery-powered buses or trucks could net as much as 40,000 euros per vehicle.

While Norway is set to lose its crown to Germany this year as Europe’s largest market for battery-electric cars, countries in the region have blazed a trail as early adopters because they were among the first to offer purchase incentives.

In Sweden, electric car buyers get a bonus of as much as 60,000 kronor ($6,300) at purchase. The two countries’ different approaches on incentives have had unintended consequences, with some Swedes cashing in on the bonus and then exporting their electric car to Norway, where usage is more generously subsidized.

In Denmark, the Social Democrat government decided to cancel planned tax increases on electric cars and has increased tax deductions for driving an electric car to work.

Italy lags far behind the other big European markets, with less than 8,000 battery-electric vehicles sold in the first nine months of the year, according to the European Automobile Manufacturers Association.

“The government hasn’t so far provided a competitive system of public incentives for electric cars compared with other European countries," said Stefano Aversa, chairman for EMEA of consultancy Alix Partners.

A minimum of about 30,000 euros on the price of an electric car compares with best-selling compacts priced at between 10,000 euros and 15,000 euros in Italy, he said.

Although the government in March unveiled incentives that work out to as much as 6,000 euro per vehicle, they are languishing because they’re not enough to bridge the price and cultural gap, according to Roberto Vavassori, head of the European parts supplier association Clepa.

Sales could pick up next year when Fiat Chrysler Automobiles NV launches the first fully-electric version of its Fiat 500 city car and hybrid plug-in versions of the Jeep Renegade and Compass.