President Donald Trump said his administration would help the US auto industry amid pleas for help from parts manufacturers.
By : Bloomberg
| Updated on: 20 Mar 2020, 02:47 PM 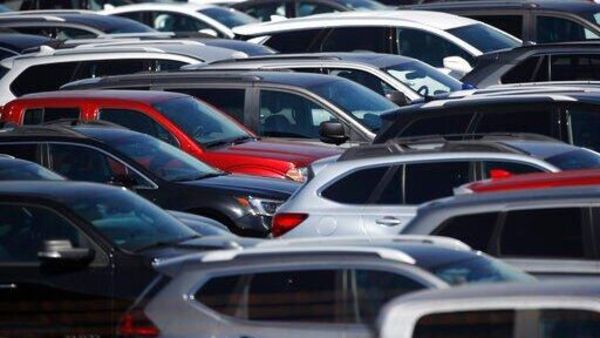 The U.S. government should apply the lessons learned in the 2009 financial bailout and scale them up for the current crisis -- but with stricter terms for the largest, healthiest companies, according to members of the team that led the last industry bailout.

“There are certainly lessons learned from 2008 and 2009 that should hopefully help the people who are trying to solve the problem this time," said Steve Rattner, who was the so-called czar for the Obama administration’s $50 billion auto industry bailout. “What’s going on in Washington is pretty constructive in the sense that everybody understands the problem is of unbelievable magnitude and they’re going to do whatever it takes."

Hours later, Senate Majority Leader Mitch McConnell unveiled a massive stimulus plan that provides as much as $208 billion in loans or loan guarantees to businesses hurt by the coronavirus. It would permits the federal government to take an equity stake in companies that receive loan assistance, “contingent on the financial success of the eligible business." His proposal was met with skepticism by congressional Democrats.

Jason Furman, a member of President Barack Obama’s economic team during the Great Recession and later chairman of the White House Council of Economic Advisers, said before the release of the Republican plan that a rescue package was justified because of the current crisis and would be politically more palatable this time because the industries aren’t considered “villains" that caused the crisis.

Automobile company chiefs were pilloried by Congress in 2008 for flying to Washington in private jets to ask Congress for a bailout.

On a return trip, the General Motors CEO drove to the Capitol.

In 2009, the U.S. allocated $700 billion to bail out banks and automakers as the collapse of high-risk mortgages rippled through the American economy. The government took stakes in car companies and banks that gave it oversight over many aspects of their operations.

Many Democrats have been critical of the idea of corporate aid without strict controls over how the money is used, preventing stock buybacks or corporate bonuses they say have been the result of past bailouts. A group of 10 consumer groups sent a letter to the congressional leadership calling for any airline industry bailout to be combined with specific protections for consumers.

McConnell’s plan would mandate that companies receiving assistance under the act do not increase compensation for, or provide so-called golden parachutes to, executives over a two-year period from the date of enactment.

This time around it’s not the financial system in distress, but the business side and for companies of many different sizes, which will require multiple kinds of solutions, Rattner said. The biggest companies, that are otherwise healthy, should get money on terms that carry the true interest costs where smaller companies, particularly those that might fail, should get easier terms or even direct government investment, he said.

“The government is going to need to provide capital to these companies because you don’t want them to simply shut down and liquidate because you’ll never get them put back together again when we get to the other side of this," Rattner said.

The White House’s top economic adviser, Larry Kudlow, cautioned that the idea of equity stakes was just one of many, and that the ultimate form of the coronavirus stimulus legislation would depend on what emerged from negotiations with Congress. “This thing is one day at a time," he said Thursday.

Furman cautioned that any restrictions or conditions should be clearly spelled out up front and not stray too far from the bailout’s circumstances. For example, he said, an airline bailout might require the company to maintain essential air service, keep payrolls at a certain level and limit management compensation. But it makes the action too complicated to set conditions that stray to “unrelated hobby horses" like wage increases for workers or emissions reductions, he said.

“No one thinks it’s the hotels and airlines’ fault, though maybe you think they should have been more prepared," Furman said. “There’s no villain this time."

Equity stakes in the large, publicly traded companies make sense to assure taxpayers benefit from the rebound and limit the cost to the federal government. Auto companies didn’t face any operational interference from the Obama administration, and Republican administrations are even more wary of interfering in business decisions, Furman added.

“Last time we were able to structure it so we didn’t lose much money," Furman said, though he thinks the bailouts will cost more this time.

The so-called Troubled Asset Relief Program, or TARP, ultimately distributed $443 billion of the $700 billion allocated in assistance for banks, the auto industry and mortgage assistance, most of which was repaid to the government. The ultimate cost to taxpayers was $31 billion, according to an April 2019 report by the Congressional Budget Office.

A TARP 2 might need to be as big as $3 trillion with a combination of direct bailouts for failing companies and more general investments to shore up the overall market confidence, said another top adviser to the auto industry bailout in 2009 who did not want to be named because he is considering suggesting a strategy to the administration. The government might want to consider buying up stakes of as much as 5% of all companies to put a bottom to the market decline, the person said.

The payoff from warrants in the bailout companies as well as the anticipated future gain in stock investments would probably pay most of the costs of the program. Investments, much like after the 2009 bailouts, could be wound down over a year to avoid depressing market values, the person added.

The most controversial discussion so far has been a bailout of the airline industry and Boeing Co. Airlines may need $58 billion in aid as travel demand collapses because of the virus, the trade group representing large carriers, Airlines for America, said in a memo on Monday outlining urgent needs.

“We’re experiencing massive upheaval across our economy and there’s virtually no aspect of the transportation sector that isn’t hurting right now,’ said Representative Pete DeFazio, an Oregon Democrat and chairman of the House Transportation and Infrastructure Committee. “Airline workers have been on the front line of this crisis since flights were cut off between the U.S. and China, and at this moment, 750,000 of those jobs are now in jeopardy."

Still, Congress can’t repeat past bailout mistakes such as after 9/11 when when airlines took taxpayer-funded relief, only to turn around and file for bankruptcy anyway, or 2008 when U.S. taxpayers bailed out companies that were “too big to fail," then saw executives award themselves bonuses and golden parachutes “while workers got screwed," he said.

Austan Goolsbee, an Obama economic adviser who helped with auto recovery and later became chairman of the White House Council of Economic Advisers, said the most important thing is to slow the spread of the virus or test people widely enough that the country doesn’t need to lock down. He also said it is crucial to set out a framework to decide which companies get rescued and which don’t and set proper controls before the money is allocated.

“By far the most important thing is to slow the spread of the virus." he said. “It is the spread of the virus that has put us in lockdown. And the lockdown is destroying the economy," Goolsbee said. “A rescue without a recovery is not a rescue -- It’s just money that you’ve spent. They can have a trillion dollars or $2 trillion dollars, they will burn through the money and be back for more unless they stop the virus."

(Disclaimer: Steven Rattner is the Chairman and CEO of Willett Advisors LLC, which manages Michael Bloomberg’s personal and philanthropic assets. Bloomberg is the founder and majority owner of Bloomberg LP, the parent company of Bloomberg News.)