The underground tunner, called Loop, promises to provide lighting quick and safe transport options under Las Vegas.
By : Bloomberg
| Updated on: 10 Apr 2021, 08:18 AM 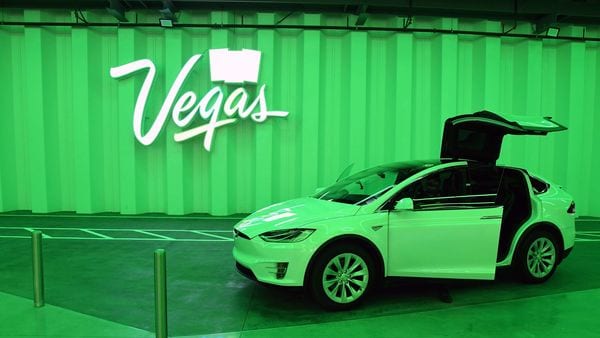 A Tesla Model X is parked in the Central Station during a media preview of the Las Vegas Convention Center Loop.

Nate Calabrese almost skipped right over the 'driver wanted' ad on job-search website Indeed.com because it offered so few details. Turned out the posting was for the Boring Co., the tunneling business owned by Elon Musk. That's how Calabrese, 27, ended up driving people underneath the Las Vegas convention center on Friday in one of the first public peeks at the so-called “Loop" Musk has constructed there.

The company's first big commercial project was set for unveiling at Las Vegas’s glitzy annual Consumer Electronics Show this January, but the Covid-19 pandemic got in the way. Now, it’s ready for its first big deployment at the World of Concrete event from June 8-10, city tourism officials said Friday.

The Loop ride itself is short, matching the tunnels—just about 0.4 miles long for each of the four sections, making a total of about 1.7 miles of tunnel. But they make up for their brevity in fun, with enough pulsing colored lights that the staff has nicknamed the slick track “Rainbow Road." 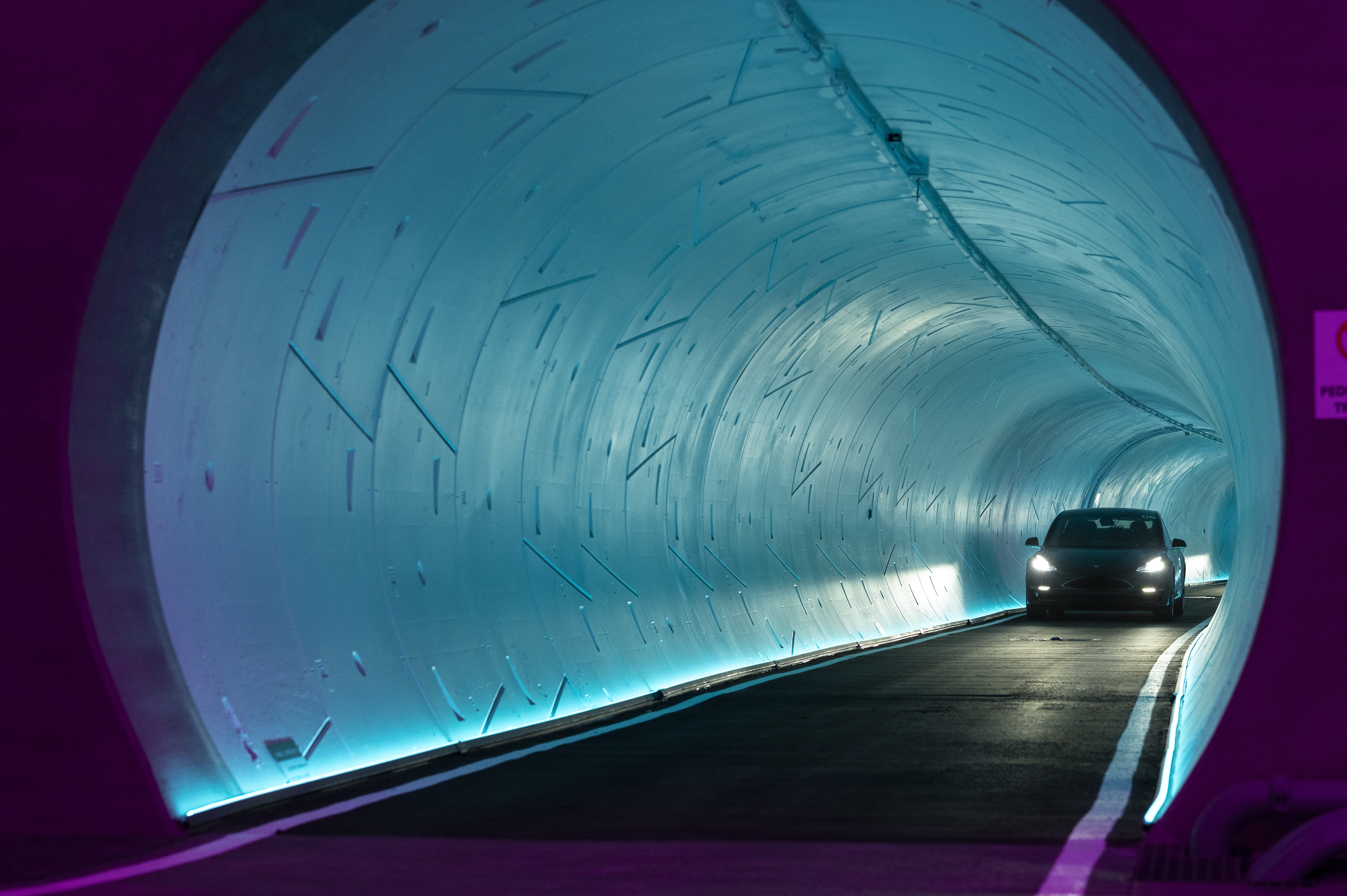 A Tesla electric vehicle passes through an underground tunnel during a tour of the Boring Co. Convention Center Loop in Las Vegas. (Bloomberg)

Comprising of a fleet of modified Tesla sedans that loop—as their name implies—among three stops, the system can carry passengers at up to 40 miles per hour. The idea is to move people around shows that pre-Covid routinely attracted tens of thousands of people, in a sprawling space that comprises four different exhibit halls. The cost will be free to conference goers, according to the Las Vegas Convention and Visitors Authority.

Riders who board at the South or West station stops will wait outside for their Teslas, and enter tunnels that slope down through entrances lined with painted grey rocks, amusement-park style. Riders who board at the Central station stop ride down 40 feet via an escalator to a large open hall with room for Teslas to pull in so passengers can hop in or out. Each car seats three people at the moment because of Covid restrictions, but they could hold as many as five.

Drivers all had to pass tests, including a driving exam, Calabrese said—and a surprising number of applicants can’t nail the portion that requires them to reverse safely out of a spot, he said. The group had to drill for a number of emergency scenarios, including bomb threats, active shooters, and tunnel collapse.

The Vegas Loop was approved in May 2019 and built at a cost of $52.5 million, paid for by the Las Vegas Convention and Visitors Association. Most of the funds came from hotel taxes. Boring has also said it would like to build a Loop to Dodger Stadium in Los Angeles from a nearby Metro stop. That potential project is still undergoing environmental review. Its only existing project is a test tunnel in Hawthorne, California, that was finished in 2018.

The Las Vegas Convention Center Loop could one day tap into a broader network envisioned to connect more parts of of the city, including the Strip, and potentially, as far as the airport. Those plans are in the permitting and land-use approval stage, according to a spokesman for Clark County, Nevada, where much of the route would go.

Calabrese likes the job a lot so far, and at $17 an hour plus benefits, said he's doing much better financially compared to his old life as a Vegas cab driver. He’ll still need to find new work eventually though. Las Vegas Convention and Visitors Authority Chief Executive Officer Steve Hill said Friday that once the cars get certified for driverless transportation, and passengers feel comfortable with the idea, they will drive on their own. “We will work toward autonomy," he told reporters.