Elon Musk feels that unless Tesla makes its own batteries it will have an impact on planned output of its semi truck, Cybertruck pickup and new Roadster sports car.
By : Bloomberg
| Updated on: 22 Sep 2020, 09:26 AM 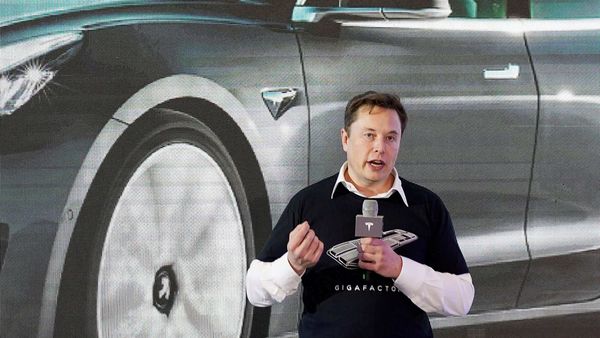 Tesla Inc. will need to start producing its own battery cells in order to meet demand for its electric vehicles, even as it ramps up purchases from outside suppliers, Elon Musk said in a tweet.

Musk, Tesla’s chief executive officer, made the comments on the eve of the company’s annual shareholders meeting and “Battery Day" presentation Tuesday, which is expected to showcase innovations designed to maintain Tesla’s lead in electric cars.

Shares of the company fell as much as 8.4% in postmarket trading Monday after closing at $449.39. Musk said what Tesla announces at the event won’t reach high volumes of production until 2022 and will have an impact on planned output of its semi truck, Cybertruck pickup and new Roadster sports car.

Tesla’s most longstanding partner on batteries has been Osaka-based Panasonic Corp. The two companies jointly operate a massive battery plant outside of Reno, Nevada: Panasonic makes the cells, and Tesla strings thousands of cells into the massive battery packs for each car. But Musk has never been keen about depending on one supplier, and Tesla does have smaller-scale agreements with Contemporary Amperex Technology Co, or CATL, in China’s Fujian province and LG Chem Ltd in Seoul.