Rivian blames the dispute between Russia and Ukraine, along with the ongoing pandemic and inflation, for disruptions to and delays in operations.
By :
| Updated on: 01 Apr 2022, 06:52 AM 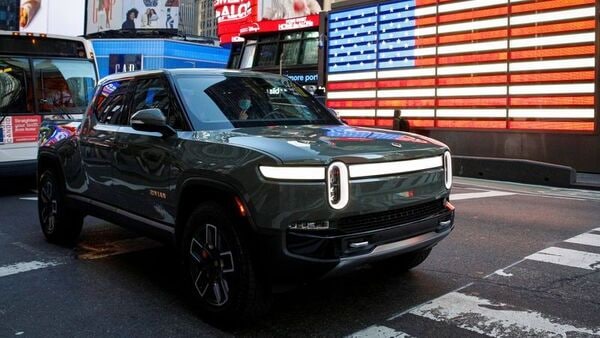 Electric-vehicle maker Rivian Automotive Inc. says Russia’s invasion of Ukraine is adding to supply chain pressures and costs, becoming one of the first U.S. automakers to cite the war in Eastern Europe as a risk and headwind.

In a regulatory filing Thursday, Rivian blamed the dispute between Russia and Ukraine, along with the ongoing pandemic and inflation, for “disruptions to and delays" in operations. The Irvine, California-based company also listed the conflict as a factor in higher component costs --  including battery metals, which it said have risen “considerably."

The Amazon.com Inc.-backed EV upstart has struggled to ramp up production of its debut battery-powered vehicles. The company had an embarrassing U-turn on raising prices earlier this month, a move it originally attributed to a supply chain crunch and price pressures. It also gave a tepid production forecast of 25,000 vehicles, half of what the company’s Normal, Illinois, plant is capable of building.

“There have been very sizable increases in recent months in the cost of key metals, including lithium, nickel, aluminum, and cobalt with volatility in pricing expected to persist for the foreseeable future," Rivian said in the filing, without explicitly linking the price pressures to the war.

In total, Rivian made 13 references to Ukraine in the filing. The company hadn’t previously made any explicit references to the war as a risk factor or headwind, but had acknowledged rising commodity prices and ongoing parts procurement challenges.