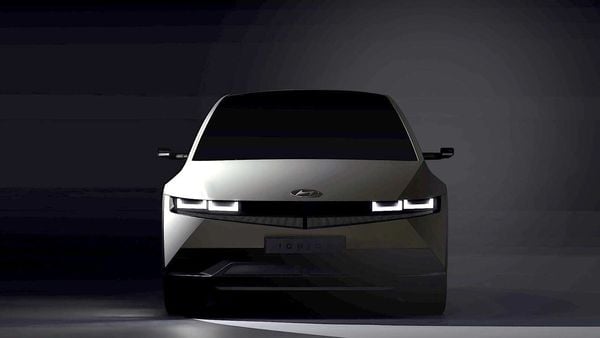 The production of Hyundai's all-electric Ioniq 5 may get impacted due to an ongoing dispute between the company and the union workers at its Ulsan plant in Korea, as per a local report in the country.

The company is at loggerheads with union workers regarding the number of workers that will build the Ioniq 5 EV and the numbers of hours that they will work for, as per the Korean Car Blog. Hyundai has said that it is “negotiating man-hour with the union..." and will try to resolve the issue as soon as possible.

The reported tiff with workers comes at quite an inopportune time for the automaker as it aims to establish itself as a serious player in the electric vehicle space with an aim of selling 10 lakh EVs globally. Hyundai has already received 35,000 reservations for the EV in South Korea alone.

The report also revealed that Hyundai received around 236,000 inquiries about the EV from customers in Europe in the week after the car’s unveiling. It also secured 3,000 reservations in Europe in just 24 hours for the Project 45 first edition model.

(Also read | Hyundai to use batteries from SK Innovation for its new Ioniq 5 EV: Report)

Hyundai has ambitious plans for its first-ever electric mid-sized crossover. The company aims to sell around 100,000 units of the EV globally by 2022, with around 30-40% in Europe, 30% in North America, and 20% in South Korea.

Ioniq 5 EV is based on the company's Electric-Global Modular Platform (E-GMP) architecture. It gets an eye-catching design and a spacious cabin which uses environment-friendly materials.

Equipped with an ultra-fast charging technology, Ioniq 5 is capable of running more than 100 km on a five-minute charge. It is also claimed to have a total range capacity of 480 km, which is 20% higher than the Kona EV. It will be available in two different battery options - 58 kWh and 72.6 kWh, with both these variants coming with 2WD and AWD options.