Home Auto News Did You Know? Your Car May Be Filthier Than Your Toilet. This Study Finds Proof

Did you know? Your car may be filthier than your toilet. This study finds proof

Traces of fecal bacteria is found in places like the trunk and the driver's seat. Humid conditions may allow bacteria to thrive.
By : HT Auto Desk
| Updated on: 02 Feb 2022, 10:11 AM 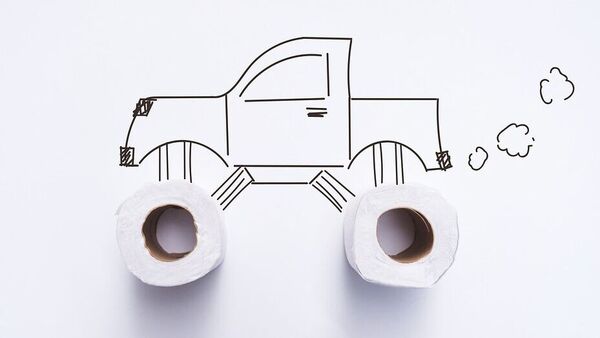 You may or may not often take care of how clean the cabin of your car is but has it ever struck you that your prized possession, yes the same that you paid lakhs for, may be filthier than your toilet? What a bunch of c*ap, you say? Well, researchers at Aston University’s School of Biosciences may argue with proof to prove that the average passenger vehicles could indeed be less hygienic than the average toilet inside homes and have found traces of fecal bacteria inside the five vehicles examined by them.

But while it may not surprise many that these areas attract bacteria growth, what is rather surprising is that the steering wheel was one of the cleanest parts of the vehicles. Good job, hand sanitizers!

While the study did have a very small sample size, it does underline the need to regularly clean and sanitize vehicles. While most people do tend to keep their toilets clean with disinfectants, car cabin is usually either ignored or just vacuumed at best. And the older a vehicle, the dirtier it potentially is. “Cars generally don't have the same heating as our homes, these are more humid and is a perfect environment for bacteria to actually survive and to thrive," says Dr Jonathan Cox, Senior Lecturer in Microbiology at Aston University.

Dr Cox suggests that apart from periodically shampooing the car interiors, one should also make use of hand sanitizers and, generally, be mindful of where bacteria growth is more likely.