The economic fallout from pandemic coupled with higher cost of ownership under BS 6 are likely to constrain demand from first-time car buyers as well as upgraders.
By : ANI
| Updated on: 22 Aug 2020, 12:32 PM 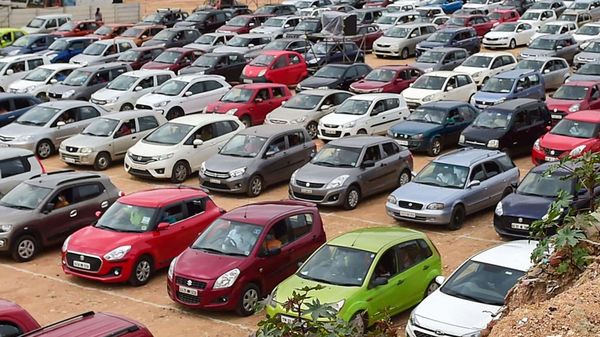 Demand for automobiles in India continues to be uncertain even though the sharp slide in sales during April to June slowed in July, says Fitch Ratings.

Demand for automobiles in India continues to be uncertain even though the sharp slide in sales during April to June slowed in July which could reflect the release of pent-up demand following gradual easing of restrictions to contain coronavirus pandemic, Fitch Ratings has said.

"The auto demand continues to face several challenges and Fitch forecasts overall industry volume to decline by more than 20 per cent in the financial year to June 2021. This forecast could be revised down if the extent and magnitude of the pandemic are worse than we expect."

The economic fallout from pandemic exacerbated the weak consumer sentiment that was dampened by the higher cost of ownership under BS6 -- a more stringent emission framework adopted from April. This is likely to constrain demand from first-time car buyers as well as upgraders despite their preference for private transportation due to hygiene reasons.

The pandemic has also reduced the availability of financing as lenders exercise caution, particularly to weaker borrowers that form a significant customer base for CVs.

Within PV, sales of utility vehicles increased by 14 per cent in July following a 31 per cent decline in June, underscoring the shift in consumer preference towards compact utility vehicles, said Fitch.

CV volume continued to fall more sharply in July compared with PVs, with continued weakness in MHCVs. Ashok Leyland, a leading manufacturer of MHCVs in India, reported a 75 per cent decline in domestic MHCV volumes in July following a decline of more than 90 per cent in Q1 FY21 for both Ashok Leyland and the broader industry.

Sales volumes of light commercial vehicles (LCV) fared better with Mahindra & Mahindra reporting sales fell by 16 per cent in July compared with decline of 69 per cent for M&M and 80 per cent for the broader LCV industry in Q1 FY21.

Hero Motocorp, one of the leading manufacturers of two wheeled vehicles, reported marginally positive operating profit on back of cost savings and lower operating leverage in its two-wheeler business.

M&M's domestic auto volumes dropped by 78 per cent in Q1 FY21 but a smaller 22 per cent fall in tractor sales and higher margins helped to limit the deterioration in overall operating margins.

Tata Motors's PV and CV volumes in India fell by 61 per cent and 90 per cent respectively in Q1 FY21, leading to an operating loss at the standalone level despite cost-cutting initiatives.

The loss and working-capital mismatch due to production and sales disruptions caused cash burn in excess of ₹4,000 crore during Q1 FY21 but the company's efforts to conserve cash by reducing investments and securing ₹4,000 crore of debt helped to marginally improve its liquidity buffer at standalone level compared with March.