The land acquisition of the project was almost complete and road construction would begin soon, said Union Minister of Road Transport and Highway Nitin Gadkari.
By :
| Updated on: 28 Nov 2019, 11:10 AM 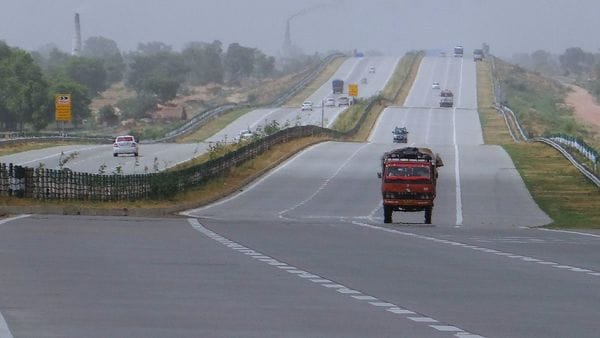 The NDA government's ambitious project to connect Delhi with Mumbai through a signal-free expressway is on a fast track. This was stated by Union Minister of Road Transport and Highway Nitin Gadkari, here on Wednesday.

The land acquisition of the project was almost complete and road construction would begin soon, said Gadkari at the inauguration of the three-day International Centre for Automotive Technology summit.

"We have allocated ₹1 lakh crore for construction of the Delhi-Mumbai high-speed road corridor, which will connect Haryana, Rajasthan, Gujarat and Maharashtra. It will be the longest axis control expressway and will help agricultural and industrial growth of these states," Gadkari said.

"We have been constructing 30 km roads every day. We have completed KMP, KGP and other national highway projects, like Dwarka expressway, ring road in Delhi and the southern peripheral road (SPR) are under development," Gadkari said.

"The idea is to make high-quality roads where vehicles will consume less fuel," he said.

The Minister said the central government was working on alternatives/substitutes of crude oil to fulfill futuristic needs. Compressed Natural Gas (CNG) and hydrogen could be the alternatives, he added.

Irrespective of the recent slowdown in the automobile sector, which shuttered around 50 percent auto component companies in the last four months, and some big players, like Honda motors facing labour unrest and Maruti Suzuki India sending a large number of contraction employees on leave, the Minister said India was performing well.

"The country's economy is growing and India will become the third global economic power by 2030," Gadkari said.