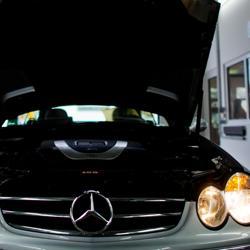 The Stuttgart-based company, which makes Mercedes-Benz luxury cars, says it is taking the step to reassure drivers and strengthen confidence in diesel technology.

Diesels have been under a cloud since Daimler's competitor Volkswagen admitted equipping vehicles with illegal software that meant they passed emissions tests, but then exceeded limits in everyday driving.

Daimler CEO Dieter Zetsche said Tuesday that "the public debate about diesel engines is creating uncertainty — especially for our customers."

The recall will cover nearly all vehicles made under the EU5 and EU6 emissions standards and start in the next few weeks. The company said it would cost 220 million euros, but that customers wouldn't pay anything.