Dieter Zetsche, whose 13-year run atop Daimler ended last year, said over the weekend he won’t return to head up the supervisory board as planned.
By : Bloomberg
| Updated on: 28 Sep 2020, 08:00 PM 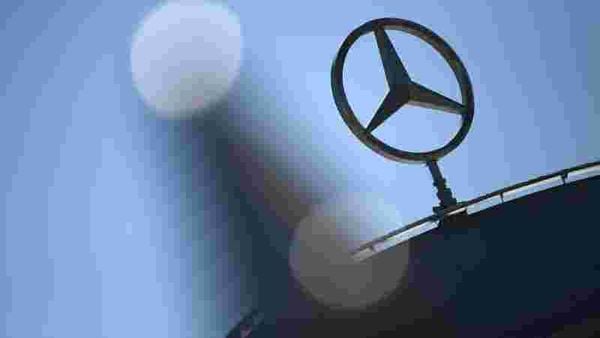 File photo: Daimler AG expects to report a near 70% plunge in a key first-quarter earnings figure.

Daimler AG must find a new chairman after investors soured on the company’s long-time former chief returning to lead its board through a time of transformation for the auto industry.

Dieter Zetsche, whose 13-year run atop the world’s largest luxury-car maker ended last year, said over the weekend he won’t return to head up the supervisory board as planned. Outgoing Siemens AG Chief Executive Officer Joe Kaeser, a Daimler board member, is now seen as a candidate to succeed current chairman Manfred Bischoff next year.

Zetsche, 67, became one of the auto industry’s most recognizable CEOs by starring in ad campaigns and riding the successful turnaround of then-DaimlerChrysler’s American operations to the perch position at the German company. But after restoring the Mercedes-Benz brand and snatching the luxury-leader position back from BMW AG, Daimler’s earnings and stock price languished toward the end of his tenure.

After new CEO Ola Kallenius was forced to issue multiple profit warnings shortly after taking over, Frankfurt-based Union Investment and the German shareholders’ association DSW voiced opposition to Zetsche returning to the supervisory board. David Herro, a partner at Harris Associates, also warned against it in a February interview with Manager Magazin, saying it would send a “very weak signal."

“I was asking myself if I would be doing the company a favor," Zetsche told Frankfurter Allgemeine Sonntagszeitung in an interview published on Sunday. “And whether I will do myself a favor by taking on this task now. Ultimately, I have decided that I don’t want that, that I’ll do without it." Daimler confirmed the remarks.

Several investors and analysts have mentioned Kaeser, 63, as an alternative to Zetsche. A company spokesman declined to comment on candidates to succeed Bischoff, 78, whose term is scheduled to end in March.

Daimler aims to build a lineup of battery-powered cars that extends all the way up to ultra-luxury vehicles to help defend its high-end market position as combustion engines increasingly fall out of favor. Focusing on larger luxury cars in the shift toward electric vehicles is a cornerstone of the company’s strategy to revive margins.

Kallenius, 51, will update investors on his plans to overhaul the main Mercedes-Benz division on Oct. 6. The carmaker’s previous restructuring, mapped out last year after the management changeover, was undermined by the Covid-19 pandemic, which forced the idling of factories and shutdown of showrooms earlier this year.