Several car companies have been gradually rebounding since facing sharp losses for the duration of the pandemic, but a surge in new infections poses a serious threat.
By : Reuters
| Updated on: 20 Nov 2020, 04:38 PM 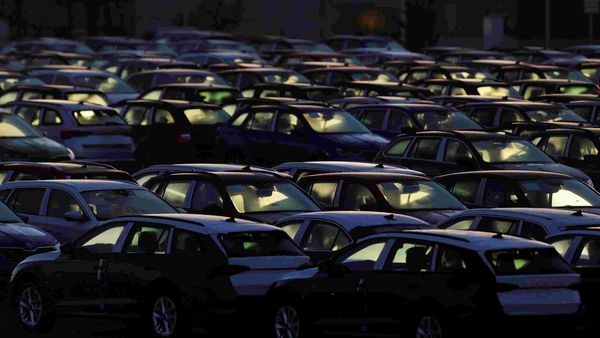 Cars are parked in the courtyard of Skoda Auto's factory as the company restarts production after shutting down in March due to the coronavirus pandemic in Mlada Boleslav, Czech Republic.

Czech car production rose 2.8% year-on-year in October, the first monthly increase since the Covid-19 pandemic hit, although a second wave of infections poses new risks for the industry.

Data from the Automotive Industry Association (AutoSAP) on Friday showed the country's car factories produced 128,754 vehicles in October, up from 125,211 a year earlier and the first monthly increase since February.

The car industry accounts for almost a quarter of industrial production in the central European country, which is one of the world's largest per capita automotive producers.

The sector has been rebounding from sharp falls earlier in the year when factories were idled after the initial outbreak of the coronavirus in March, but parts of Europe are now facing a stronger second wave of the pandemic.

Factory gates have stayed open this time, although new lockdown measures are adding pressure to carmakers and parts suppliers, which often face worker shortages because of quarantines or parents staying home because schools are shut.

"Companies are getting into a complicated situation," AutoSAP director Zdenek Petzl said.

Overall, Czech automotive production, including buses and motorcycles, was down 21.4% year-on-year at 941,486 in January-October. Car production was 937,033 in that period and AutoSAP said it was clear the huge decline in production seen so far would not be made up by the end of the year.