Shanghai Auto Show will be held between April 19 and 28.Electric vehicles will once again take center stage as car makers gear up to showcase the best that is on offer.
By : HT Auto Desk
| Updated on: 10 Apr 2021, 08:37 AM 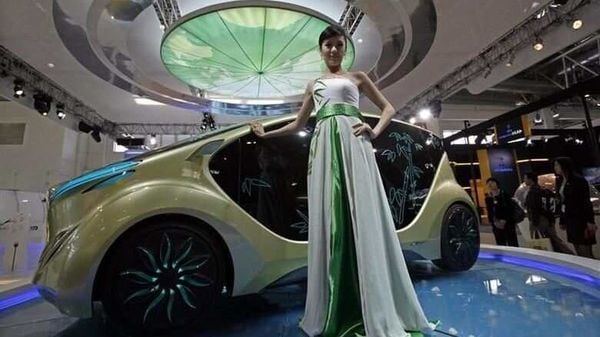 If the year 2020 was all about car shows either getting cancelled or delayed or at least pushed on to digital platforms, 2021 has brought with it the hope of a return to times gone by, at least in China. While the Covid-19 pandemic remains a very real threat across the world, it isn't big enough to spoil plans of the Shanghai Auto Show 2021 which is going ahead as per schedule and with participating car makers gearing up to showcase the best that they have on offer and the best that they will drive in in the times to come.

Shanghai Auto Show will be held between April 19 and 28 with a long list of local as well as global automakers set to compete for attention in what is the world's biggest auto market. While electric vehicles are likely to capture the spotlight, expect new cars with conventional engines to either be launched or at least showcased as well.

Among the key players here would be Volkswagen. The company's ID.6 electric vehicle will make its official debut at the Shanghai Auto Show and is likely to underline the German carmaker's push towards electrification. The three-row SUV has already been teased by the company and could find many takers once officially launched. (For more details, click here)

Toyota will also look for some electric power and will showcase its first-ever all-electric vehicle - likely to be the X Prologue. Expected to be a midsize crossover, the EV may have a range close to 500 kilometres. (Read more here)

Then there is Honda. The Japanese car maker has confirmed that two models showcased at the Shanghai Auto Show would be of max attention - one is a brand new plug-in hybrid while the other is a fully battery-powered vehicle for China.

MG is also keen to grab a whole lot of eyeballs and will display its Cyberster at the event. This here is an electric sportscar that looks as if it has been teleported from the future. Although images of the EV in concept form have been shared previously, it is going to be the first time that it would be showcased in the flesh. The best part? MG has plans of taking it to production.