Coronavirus raises stakes as auto unions ready for a fight

If Europe's auto industry is to manage a shift to low-emission vehicles, it has to retain the support of the powerful trade unions.A conflict between German labour leaders and General Motors had meant it took 10 years to close its Opel factory in Bochum, Germany, which was announced in 2013.
By : Reuters
| Updated on: 19 Jun 2020, 11:22 AM 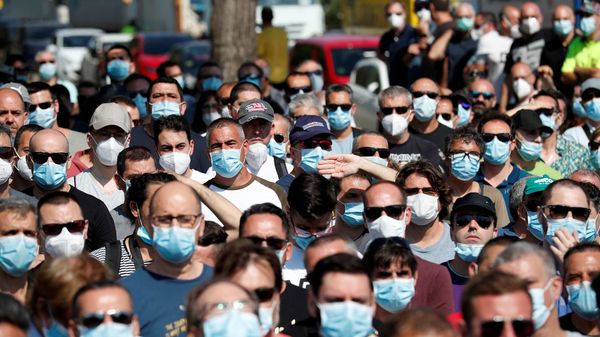 Nissan workers listen to speeches of trade union representatives during their protest in front of the Barcelona factory against the possible closure of the plant at Zona Franca, during the coronavirus disease outbreak in Barcelona, Spain, May 28, 2020.

The coronavirus crisis has forced carmakers to speed up layoffs that must be matched with hefty payouts and deft negotiation to retain the support of powerful trade unions vital if Europe's auto industry is to manage a shift to low-emission vehicles.

Because of the Covid-19 pandemic and a broader economic slowdown, demand for light vehicles is expected to shrink by 36 million globally by the end of 2022, consultants AlixPartners found.

For this year alone, this is equivalent to a market the size of Europe disappearing, AlixPartners said.

The contraction increases an existing threat to jobs from electric cars, which are quicker and easier to build than those with combustion engines and which have German and French government backing as the countries strive for a green recovery.

(Also read: Automakers rev up US assembly lines, wary of outside risks to workers)

"Once the consensus between labour leaders and management has broken down, it is extremely difficult to implement restructuring in Europe," Stefan Bratzel, a professor at the Centre of Automotive Management in Bergisch Gladbach, Germany, said.

He cited the conflict between German labour leaders and General Motors that meant it took 10 years to close its Opel factory in Bochum, Germany, which was announced in 2013.

"The brand was weakened by this paralysis," he said.

A spat over the pace of restructuring has already led Volkswagen's labour representatives to flex their muscles, leading to the ouster of Chief Executive Herbert Diess as head of the company's core VW brand.

Labour representatives have half the seats on VW's board of directors, meaning they have sway over decisions on contracts and pay.

Joerg Koehlinger, head of German union IG Metall's central district, on Wednesday said the depth of the recession faced by the auto industry has heightened tensions. 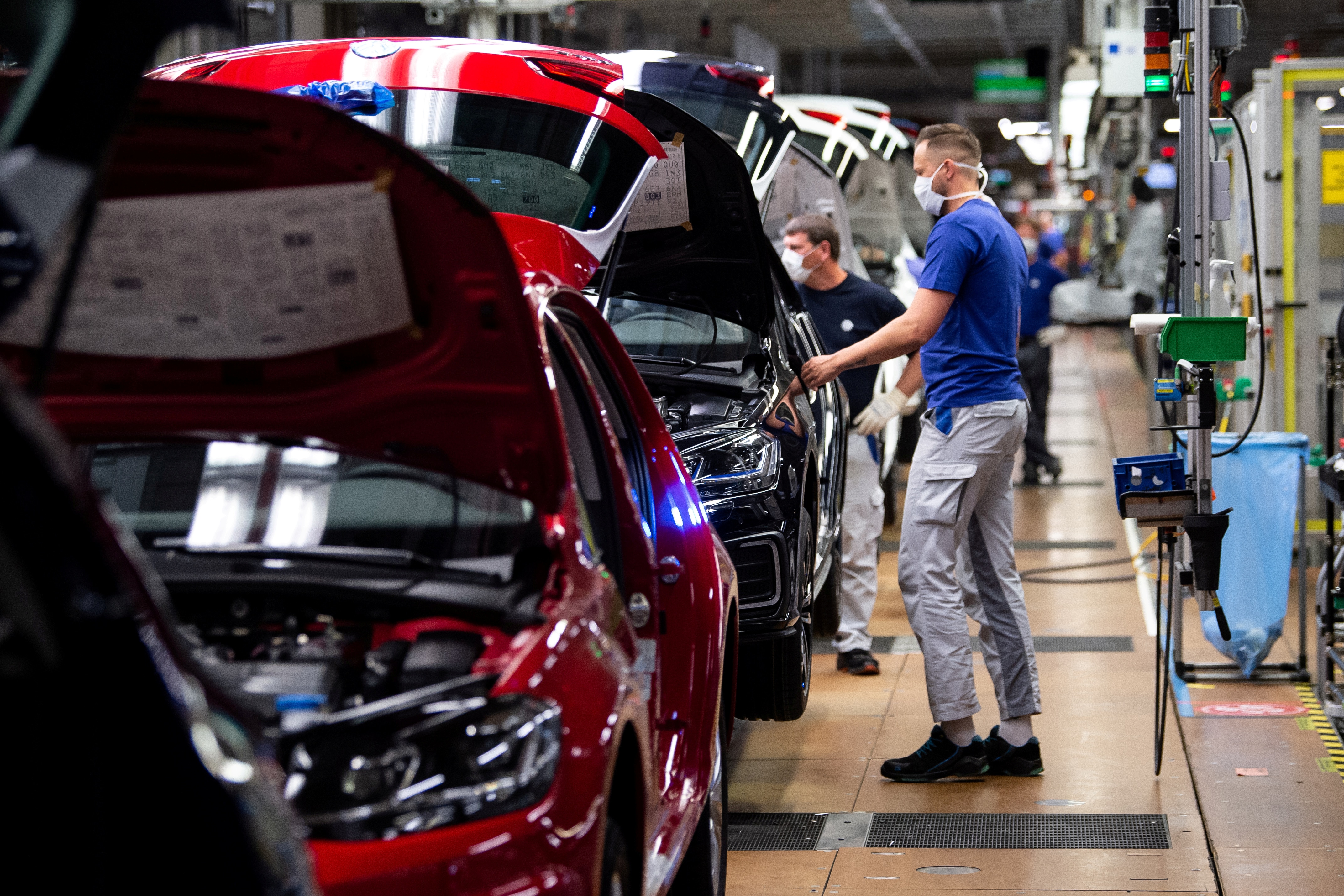 FILE PHOTO: A worker wears a protective mask at the Volkswagen assembly line after VW re-starts Europe's largest car factory after coronavirus shutdown in Wolfsburg, Germany, April 27, 2020, as the spread of the coronavirus disease continues. (REUTERS)

"I fear that this will soon lead to massive conflicts about employment, locations, wages and working conditions," he said adding that IG Metall will defend its workers.

The global pandemic has weakened demand for vehicles when carmakers were already struggling to retrain staff to make cleaner cars.

Jean-Dominique Senard, chairman of France's Renault said there had been a collective failure to prepare and retrain staff quickly enough.

"I think we have made mistakes, collectively, in encouraging and keeping alive industrial structures that we knew did not have a great future," Senard said.

"We should have anticipated more, that is to say, taken into account the people who work on these sites."

"We are more motivated than ever to work on diversification and have decided to further intensify the process," Patrick Meillaud, the plant's economic director, told Reuters.

Bosch is trying to lower the retirement age and to diversify beyond manufacturing engine components into industrial services and fuel cells. Bosch on Thursday said it would stop making steering components at a plant in Bietigheim-Bissingen.

The risks of failure to adapt are high.

In Germany Flabeg, a maker of high-tech digital rear-view mirrors, filed for insolvency, France's Novares, a specialist in automotive plastics, has filed for temporary receivership, and in Britain, Arlington Industries, which specialises in auto component sub-assembly, has called in the receivers.

Spain's foreign minister said the country will "do everything" to try to reverse Nissan's decision to close its Barcelona plant.

France's PSA, the maker of Peugeot cars, was forced to modify a decision to import workers from a plant in Gliwice, Poland, to help a French plant in Hordain, restart production after lockdowns eased.

The number of Polish workers has been cut to 124, from the 500 originally expected to arrive in France.

French union CFDT in principle disagrees with pitting nationalities against each other, but said work had to be offered to French part-time staff first given the sensitive economic context.

"I think there should have been someone at PSA who understood it was a little bomb," Laurent Berger, head of the CFDT union, told French TV.