Oil markets have faced a double whammy from the coronavirus outbreak and a race to win market share between Saudi Arabia and Russia.
By : Reuters
| Updated on: 31 Mar 2020, 03:13 PM 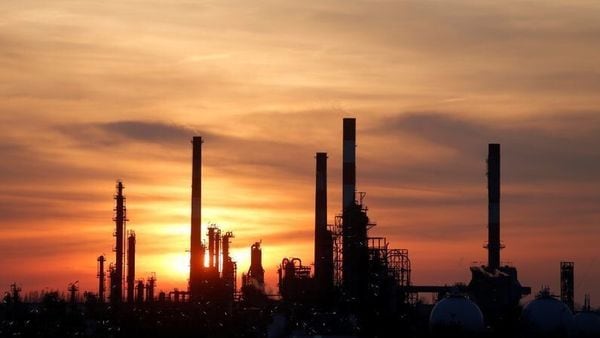 Oil markets have faced a double whammy from the coronavirus outbreak and a race to win market share between Saudi Arabia and Russia after OPEC and other producers failed to agree on deeper cuts to support oil prices in early March.

Trump and Putin agreed during a phone call to have their top energy officials discuss stabilising oil markets, the Kremlin said on Monday.

Although the futures market is seeing a recovery, physical cargoes are selling in some regions at single digits, with sellers offering hefty discounts.

"The gap between physical assessments and futures reflects the differences between the realities on the ground and speculation about efforts to ease that pressure going forward," JBC Energy said.

With a plunge in prices that has knocked about 60% off oil prices this year, a commissioner with the Texas state energy regulator renewed a call for restrictions on crude production because of the national supply glut.

In a sign of how well the market is supplied, the front-month Brent futures contract for May is trading at a discount of $13.95 per barrel to the November contract , the widest contango spread ever seen.

A contango market implies traders expect oil to be higher in the future, encouraging them to store oil now to sell later.

Saudi Arabia, de facto leader of the Organization of the Petroleum Exporting Countries, plans to boost its oil exports to 10.6 million barrels per day (bpd) from May on lower domestic consumption, a Saudi Energy Ministry official said.

Global oil refiners, meanwhile, have cut their throughput because of the slump in demand for transportation fuel, with European refineries slashing output by at least 1.3 million barrels per day (bpd), sources told Reuters.

Chief economist for global commodities trader Trafigura said oil demand could fall in the coming weeks by as much as 30% from consumption at the end of last year.