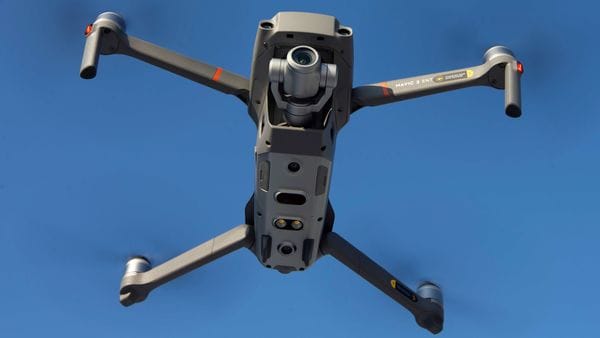 FILE PHOTO: A drone is seen in the sky as Chinese drone maker DJI holds a demonstration to display an app that tracks a drone's registration and owner in Montreal, Canada, November 13, 2019. REUTERS/Christinne Muschi/File Photo

China-based drone and action camera manufacturing company DJI is all set to step into the automobile business soon. According to reports, DJI Automotive will release its fself-driving car tech or smart vehicle solution products at the Shanghai Auto Show, to be held between April 19 and 28.

The news was uploaded by DJI Automotive via the company's official WeChat account. But it has not shared any detail of the new autonomous car product that will appear at the 2021 Shanghai Auto Show. It only said that the world's largest drone maker known for its high-end drone products is said to be committed to penetrating the automotive industry.

The DJI Automotive foundation was launched five years ago, when the company started investing in autonomous driving research and development in late 2016, and started cooperating with carmakers in 2019 to promote the development of autonomous driving technology. DJI founder Frank Wang has always seen the company not just as a drone manufacturer, but as a 'smart robot company'.

More information regarding the new arm of DJI - DJI Automotive - will be revealed in about a week. However, DJI has made no announcements internallt about this development yet.

According to reports, DJI will showcase its hardware components and sensors placed on a vehicle to make autonomous driving possible. DJI has improved the ability of its drones to avoid obstacles and has introduced small, affordable LiDAR systems through its subsidiary LIVOX. The LiDAR technology used in drones also plays a key role in autonomous car technology. Some think this is what DJI will offer in new generation cars.

DJI Automotive is also reportedly recruiting engineers for automotive electronics, autonomous driving, car software, as well as the auto industry. Some people who are aware of this development have revealed that DJI plans to sell driver assist technology to autonomous vehicles.

DJI is unlikely to build a fully autonomous car any time soon, but it will focus on smart drive systems. The Chinese company will focus on software solutions as well as hardware for affordable smart cars.