Chinese carmaker Haval expands to CIS countries, to export SUVs made in Russia 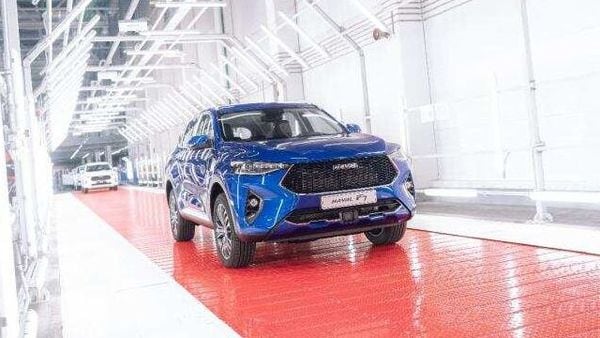 Photo of a Haval F7 SUV coming out of the assembly line at the carmaker's plant in Russia.

Chinese car manufacturer Haval has decided to expand its sales territory of Russian-manufactured automobiles and will now export its cars to CIS countries like Azerbaijan and Kazakhstan. The carmaker will initially start exporting its SUVs like Haval F7, Haval F7x and Haval H9 frame SUVs.

Haval manufactures these cars at its plant in Tula region in Russia. Haval has been exporting its cars in countries like Belarus since 2020. The expansion of the exports to Azerbaijan and Kazakhstan will realise the carmaker’s aim to globalise.

According to the carmaker, it will have a dealer network that will cover 15 cities in in Kazakhstan and its expansion will take place in two stages in 2021. Azerbaijan’s first imported model is the Haval F7x, which will greatly enrich the carmaker’s local product lineup and allow local consumers to have more choices. Haval is also planning to open more dealerships in Belarus this year.

Jerome Saigot, CEO of Haval Motor Russia, said, "The active development of Haval and its introduction in the new markets is our strategic goal. Our full-cycle technological plant on the territory of Uzlovaya Industrial Park in the Tula region plays a significant role in this process. Our mission is to offer modern, reliable and affordable automobiles to an increasing number of customers".

The Haval plant in Russia's Tula region had begun its operations since June, 2019. It is located in the territory of Uzlovaya Industrial Park in the Tula region. The production capacity of the plant at the first stage is 80,000 units per year, and plans to increase to 150,000 units per year in the future.

This Haval plant in Russia currently produces four models which include the F7 and F7x SUVs, H5 and H9 SUVs. The carmaker is also likely to launch a new small SUV model based on its new platform later this year.

Haval also plans to include an engine plant at this factory which is expected to be completed by the end of next year. The new plant will provide engine production and assembly for more than 90% of Haval vehicles produced in Russia.