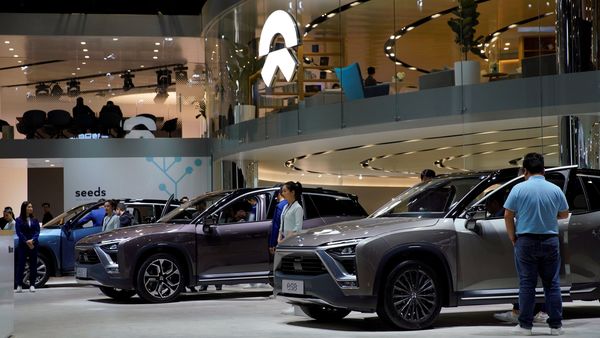 Loss-making Nio is the most prominent among dozens of Chinese electric vehicle startups vying to become the next Tesla Inc.

All are hampered by dwindling demand in the world's largest car market and reduced government subsidies for EVs.

Nio is in talks with the capital city of Anhui province, where it is building cars with local automaker JAC, to build research centres and car plants.

Nio will provide details in the next two months, it said.

Under cash flow pressure, Nio said in May last year it would form a joint venture with Beijing E-Town International Investment and Development Co. Ltd which will invest 10 billion yuan in the new entity. There has been no further announcements on the deal.

It has also issued bonds and accelerated cost-cutting to slow its cash burn as it seeks to attract more investors.

Vehicle sales in China fell 18% in January while sales of battery electric and other so-called new energy vehicles plunged 54.4%, preliminary data from the China Association of Automobile Manufacturers (CAAM) showed.