China's Didi Chuxing partners with WhatsApp for ride-hailing in Brazil

The partnership is primarily aimed at low income Brazilians whose smartphones have less capacity to download apps.
By :
| Updated on: 06 Oct 2020, 08:19 AM 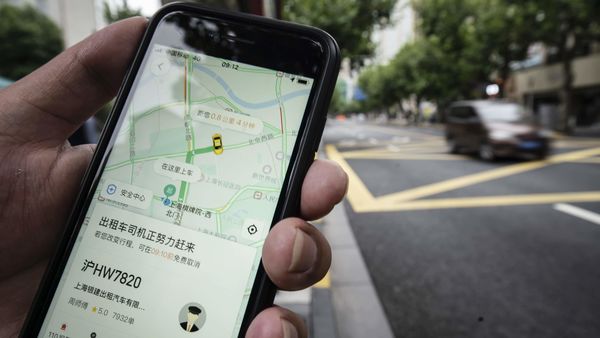 China's Didi Chuxing has partnered with WhatsApp to accept orders in Brazil in a move that would allow users to summon cars without using another app.

Brazilian ride-hailing service 99, controlled by China's Didi Chuxing Technology Co Ltd, has partnered with WhatsApp to accept orders on the chat platform owned by Facebook in a move that would allow users to summon cars without using another app.

The partnership is the first of its kind in the world for Didi, China's biggest ride-hailing company, the companies said, and could give 99 an advantage in competing with US-based Uber Technologies Inc , the market leader in Brazil.

WhatsApp has 120 million active users in Brazil, which has a population of 210 million, making it the app's second-largest market behind India. 99 has about 20 million customers registered with its app and more than 750 thousand active drivers across Brazil.

The service, initially limited to four cities in Sao Paulo state, will expand to the whole of Brazil by the end of 2020, said Livia Pozzi, operations manager at 99.

The partnership is primarily aimed at low income Brazilians whose smartphones have less capacity to download apps, and people who live in regions whose mobile phone signals are weaker, she said.

"It will allow access to the service for a larger universe of people who will no longer need to download our app to order their rides," Pozzi said.

Initially, rides ordered over WhatsApp will have to be paid in cash, which is how 70% of the orders via 99 are currently paid for, Pozzi said.

The fare will be the same as for rides ordered over the 99 app. At a later date, WhatsApp will allow users to use its new instant payments system to pay for rides on 99, said Gabriela Comazzetto, Facebook business director in Brazil.

The country's Central Bank is allowing payments through the WhatsApp system on a trial basis.