The jump in Chinese gasoline exports, which increased almost five-fold in the week starting June 15, is likely to put pressure on rebounding margins for other Asian refiners.
By : Bloomberg
| Updated on: 25 Jun 2020, 12:07 PM 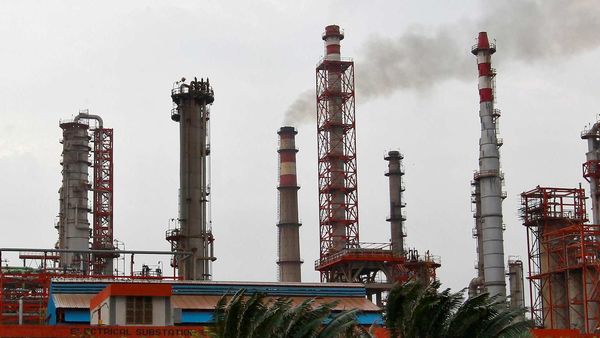 A surge in Chinese gasoline exports is threatening to derail a nascent recovery in profits for Asian refiners making the motor fuel, who have endured months of coronavirus-driven demand destruction.

Chinese refiners are boosting their overseas gasoline shipments while domestic inventories swell, just as margins from processing Brent crude into the fuel turn profitable again. Consumption has rebounded after the easing of lockdown restrictions in key Asian markets such as China, India, and Indonesia, drawing on a hoard of floating storage around Singapore.

Cars returning to the roads across Asia is going some way to draining the large glut of gasoline in the region, but there are fears a second wave of virus cases may hinder the recovery. The jump in Chinese exports -- which increased almost fivefold in the week starting June 15 -- is also likely to put pressure on rebounding margins, known as cracks, according to two traders and an analyst.

“Driving levels have largely recovered to pre-pandemic levels in several countries," said Sandy Kwa, oil market analyst at industry consultant FGE “While we can expect further upward movement in cracks in the months ahead, higher Chinese exports will continue to keep a lid" on margins, she said.

Gasoline margins in Singapore have averaged $2.14 a barrel so far in June, compared with minus 90 cents in May and minus $10.62 in April at the peak of the crash. Kwa expects Asian motor fuel demand will increase in the third quarter by over 1 million barrels a day from the previous three months.

(Also read: Indian refiners' crude processing in May recovers, up 7.3% from April)

Singapore 92-RON gasoline’s first- to second-month timespread is in its longest streak of backwardation since early March, a bullish market structure that indicates tightening supplies. Prices were 8 cents a barrel in backwardation as of 10:39 a.m. in Singapore after briefly flipping into contango on Wednesday.

Motor fuel stored in tankers near the city-state dropped to 842,100 barrels in the week through June 15, from as high as 3.2 million in mid-May, while onshore stockpiles of light distillates, including gasoline, fell for a second week through June 17.