Home Auto News Chennai May Get A Double Decker Flyover. What Is It And How Does It Help

Chennai may get a double-decker flyover. What is it and how does it help

Earlier, the plan was to build a simple four-lane single flyover.Union Minister Nitin Gadkari suggested to turn it into a double-decker flyover to help decongest the roads further and connect to more parts of the city.
By : HT Auto Desk
| Updated on: 29 Oct 2020, 01:22 PM 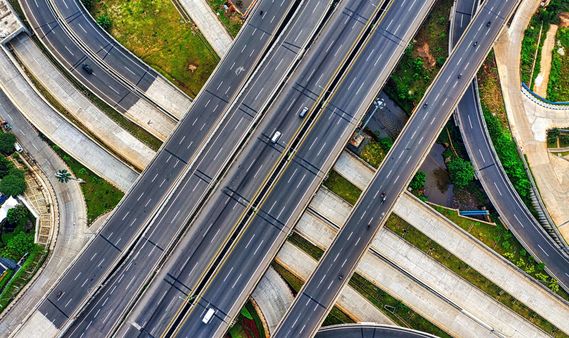 The Centre has proposed a double-decker flyover in Chennai in an effort to decongest parts of the city. (Representational image)

The Centre has proposed a double-decker flyover in Chennai in an effort to decongest parts of the city. The project, if approved by Tamil Nadu Chief Minister K Palaniswami, will be built at a cost of ₹5,000 crore.

The proposed flyover will be built at the Vijayanagar junction in Velachery, one of the busiest stretch in south Chennai. When completed, the double-decker flyover will help decongest the section that connects other parts of the city like Tambaram, Guindy and the IT Corridor.

The double-decker flyover will have two-lane tarmac. According to the official plan, a 640-metres long deck will begin from Velachery Bypass Road and end at Tambaram near the Velachery MRTS station. The second deck, 15 metres high and more than one kilometre long, will connect Taramani Link Road and Velachery Bypass Road.

Besides the flyover to divert traffic, the project also includes a foot overbridge for pedestrians and a drain.

The double-decker flyover was earlier planned as a single flyover with four lanes. During his meeting with Tamil Nadu Chief Minister K Palaniswami, Union Minister for Road, Transport and Highways Nitin Gadkari suggested that the flyover be designed as a double-decker one by bringing in international consultants. "Once the project is cleared, for next 20-25 years it would resolve the problem for Chennai", he said.

The change in plan of the flyover would escalate the cost of the entire project to ₹5,000 crore from ₹3,100 crore as planned earlier. However, the minister said he suggested to the chief minister that the GST for steel and cement would be exempted for this project enabling the state government to save ₹500 crore.

Among the southern states, Bengaluru looks more likely to get the first one. The double-decker flyover connecting Ragigudda and Silk Board is expected to be completed by October next year.