Carmakers may wean off dependence on palladium with breakthrough

Platinum has languished as consumers turned away from the diesel vehicles in which the metal is mainly used. It’s now just over a third of the price of palladium.
By : Bloomberg
| Updated on: 11 Mar 2020, 08:54 AM 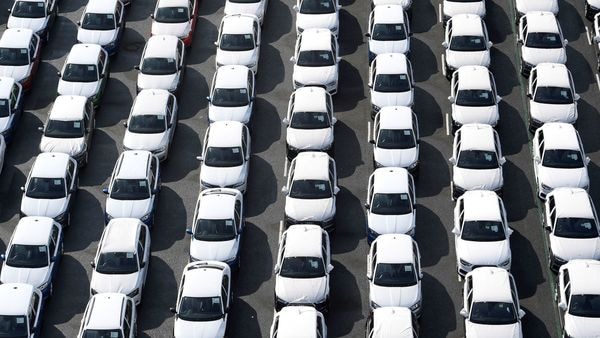 The auto industry took a step nearer to curbing its dependence on palladium after BASF SE developed a new technology for gasoline cars that substitutes some of the metal with cheaper platinum.

The technology, funded by two South African platinum miners, has been tested and doesn’t compromise emissions standards, BASF said Tuesday. The company expects the technology to mainly be implemented in 2023 models, with some applications possible the year before, after automakers test and certify that it meets government regulations on each vehicle, according to a spokesman.

Platinum rose as much as 3.2% before paring some gains as the announcement marked one of the first signs that manufacturers can overcome technical barriers to using the metal to replace palladium. The latter has more than doubled over the past 18 months as the introduction of stricter emissions standards boosted demand and widened a supply deficit.

Partial substitution in the production of autocatalysts that curb emissions from vehicles might not fully eliminate the palladium deficit, but would boost platinum, according to the World Platinum Investment Council.

Platinum has languished as consumers turned away from the diesel vehicles in which the metal is mainly used. It’s now just over a third of the price of palladium.

The BASF spokesman said the amount of platinum used in the new catalysts would depend on the vehicle type and sales region. The company’s mining partners are Sibanye Stillwater Ltd. and Impala Platinum Holdings Ltd.

Investors have been piling into exchange-traded funds linked to platinum in the last year, with physical holdings rising 21% over the last 12 months. Palladium holdings meanwhile have been declining, with manufacturers withdrawing the metal amid shortages.

“Early indications are this newly developed catalyst design is a partial solution," Matthew Watson, founder and president of Precious Metals Commodity Management LLC in California, said in an email Tuesday. While he said the pace of substitution is still unclear, ultimately about 300,000 ounces of demand for the metal in autocatalyst production could switch away from palladium and into platinum.

The development should support platinum in the longer term, but it could take a couple of years before the new catalyst is widely used by automakers, said Michael Sheehan, a portfolio manager at Orion Commodities Management LP.

Palladium declined 3.2% Tuesday, with Citigroup Inc. predicting the coronavirus outbreak would lower Chinese consumption of the metal this year.