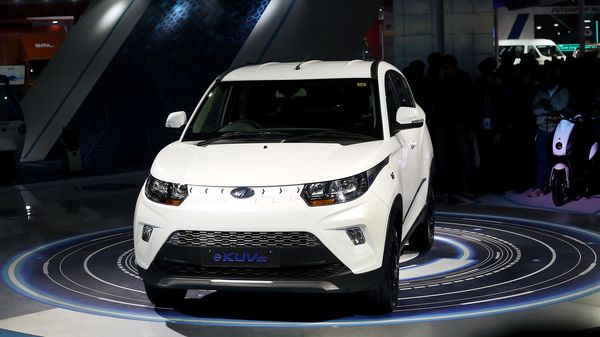 More so than anywhere else, automakers are chasing the holy grail of electric mobility in India: a lower price.

Mahindra & Mahindra Ltd.’s launch of its e-KUV at a price of 825,000 rupees ($11, 587), compared to its next cleanest option -- a mid-range petrol variant at 650,000 rupees -- highlights the challenge of pricing electric cars that can entice buyers. A global model such as Hyundai Motor India Ltd.’s Kona electric SUV starts at 2.5 million rupees and has sold just about 300 units in seven months since its launch.

More than half of the passenger vehicles sold in India last year cost $8,000 or less, according to BNEF. Electric cars won’t achieve price parity with gasoline-powered cars until the early 2030s, BNEF said.

“Mass adoption of electric cars in India will not happen unless the gap in upfront prices of electric and ICE vehicles is brought down," said Shantanu Jaiswal, head of research for India at BloombergNEF.

To address this, Hyundai is working on a mass-market electric car for India, according to Tarun Garg, sales director at its Indian unit. The company plans a launch in 2-3 years, he said.

Apart from price, a lack of charging infrastructure that creates range anxiety and rapidly evolving technology, which promises to bring the cost of vehicles down, is also keeping potential buyers on the fringe.

“Pricing EVs at below 1 million rupees is going to be very difficult," Pawan Kumar Goenka, managing director at Mahindra & Mahindra said in an interview. “The price we have done for e-KUV is very aggressive and the reason we’ve done that is to kick start the ramp-up of EVs."

Goenka expects a decline in cell prices and increased local manufacturing to bring prices down over 3-5 years. Lower prices could drive sales volumes, spreading the fixed costs and lowering prices even further, he said.

Meanwhile, the muted demand for electric vehicles is keeping some automakers on the sidelines.

“In India, the problem is customer demand for EVs is not that great. For a new entrant like us, it frankly doesn’t make sense," said Manohar Bhat, head of sales and marketing at Kia Motors India Pvt. “We came into the SUV segment because the largest demand is there -- that’s the sweet spot for us."

India’s government is pushing for a faster adoption of electric vehicles -- hoping at least 15% of all vehicles on the road will be electric in five years starting 2018 -- to deal with the deadly air pollution in its cities and curb carbon emissions from fossil fuels. An increased fleet of such vehicles is also seen as boosting demand for electricity, which has declined for five straight months ended December.