Carcopter, developed by MACA, is equipped with hydrogen fuel-cell powered motors which make the car capable of achieving a top-speed of 153 mph.The final model of the vehicle will be set to take off on tracks by the end of 2021.
By : HT Auto Desk
| Updated on: 17 Jan 2021, 03:45 PM 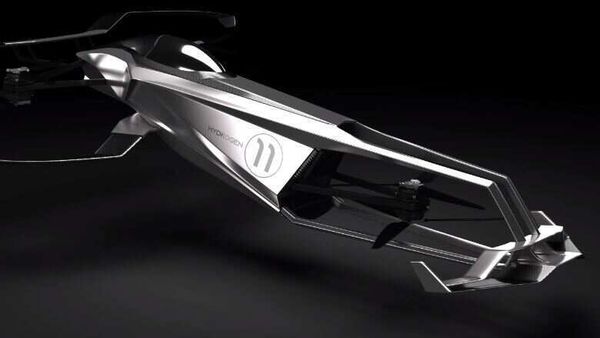 The Consumer Electronics Show (CES) is an annual trade show, which offers new products and technology innovations in the consumer electronics industry. The focus of CES is never limited to basic items, but is also extended to out of the box unconventional innovations and ideas. An example of this is a hydrogen-powered flying vehicle which is designed with high-speed racing in mind, the Carcopter.

A French aviation start-up, MACA, has built the original prototype of the Carcopter. The car is equipped with hydrogen fuel-cell powered motors which make the car capable of achieving a top-speed of 153 mph (246.2 kmph). With its minimalist lightweight frame exterior look, the car is also designed to reduce the harmful carbon emissions on the F1 track.

The version of Carcopter displayed at the CES was a little different than what will be the final Carcopter. Currently in the development process, the final version, according to reports, will be over half a ton in weight and 16 feet tall. However, the CES version was just about 8 feet.

According to RobbReport, MACA believes that the final model of the vehicle will be set to take off by the end of this year and the start-up aims to launch the vehicle on the Formula 1 circuits. With its speed, the car is also equipped with semi-automatic piloting for safety concerns. RobbReport mentions that the basic idea of this concept is developed by two experts in the aviation field, ex-fighter pilot Thierry de Boisvilliers and former Airbus executive Michael Krollak.