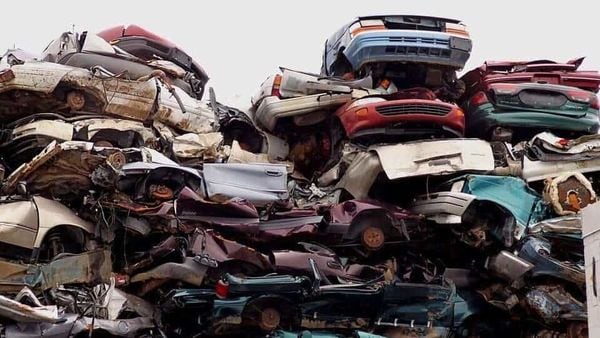 The Ministry of Road, Transport, and Highways (MoRTH) has proposed a concession of 25% in road tax against the scrappage certificate of personal vehicles and 15% for transport vehicles.

As a part of the newly introduced vehicle scrappage policy, this rule is proposed to come into effect from October 1st, 2021.

The transport ministry has invited suggestions from the stakeholders on the draft rules over the next month, after which it will issue the final notification.

Earlier this month in Lok Sabha, Union Transport Minister Nitin Gadkari unveiled the much-awaited vehicle scrappage policy that is aimed at creating at phasing out the unfit and polluting vehicles. The policy is also claimed to be creating demand in the auto industry, besides helping in reducing vehicular pollution. Also, it is claimed to be creating a lot of jobs.

While announcing the policy, Gadkari said the vehicle owners scrapping their old vehicles, could get strong incentives including a 25% rebate on road-tax for personal vehicles, and 15% for commercial vehicles. He also said that there would be a 5% discount on purchases of a new vehicle against the scrapping certificate, among other benefits. The latest notification by the ministry comes in the line with that.

The scrappage eligibility of a vehicle will be primarily based on the fitness of vehicles through the Automated Fitness Centres in case of commercial vehicles and non-renewal of registration for the private vehicles.

As the vehicle scrappage policy has proposed, the commercial vehicles will be deregistered after 15 years in case of failure to get the fitness certificate. Also, in order to promote the scrappage policy, the ministry has proposed increased fees for fitness certificate and fitness test for commercial vehicles older than 15 years.