With fewer people on the roads because of lockdowns, the number of accidents may have come down but empty roads also led to impact of accidents being more severe in many parts of the world.Speeding and dangerous driving on empty roads are two of the biggest factors making car crashes deadlier.
By : Reuters
| Updated on: 29 Jun 2020, 11:51 AM Coronavirus lockdowns led to huge reductions in traffic and fewer car crashes this spring, but as drivers sped up on quieter roads, the collisions became deadlier in several cities, a Reuters analysis shows.

In New York City, the ratio of fatal crashes to all collisions rose 167% in April from a year ago. The increase was 292% in Chicago and 65% in Boston. Across the ocean, in Madrid, Spain, the rate of fatal collisions was 470% higher.

Even as traffic plummeted across the United States, roads became more lethal, with a 37% increase in fatality rates per miles driven in April, compared to the same month last year, the National Safety Council said this week. Last month, the group said in a statement that the lockdowns and reduced road congestion had created an "apparent open season on reckless driving." In Britain, police documented instances of people driving at what they described as exceptionally high speeds of over 130 miles (209 km) per hour. 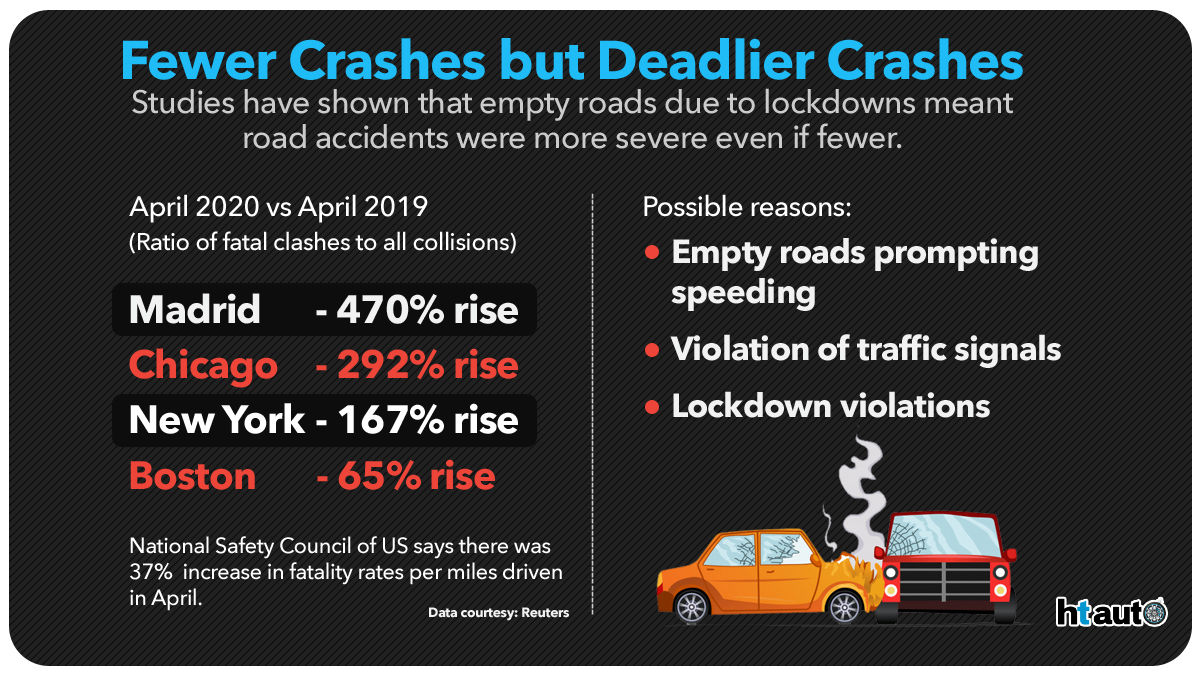 In the US state of Ohio, researchers found that while average speeds were up only slightly from March 28 to April 19 in Cleveland, Cincinnati and Columbus, the amount of extreme speeding increased dramatically.

"The level of extreme speeding is really shocking," said Harvey Miller, professor of geography and director of the Center for Urban and Regional Analysis at The Ohio State University. "What we’re seeing here -- the fact that there's less traffic and more speeding -- I think that's evidence that traffic is a great controller of speed."

Similar increases in speeding have been reported in Australia, Belgium and Denmark, according to reports compiled by the European Transport Safety Council. 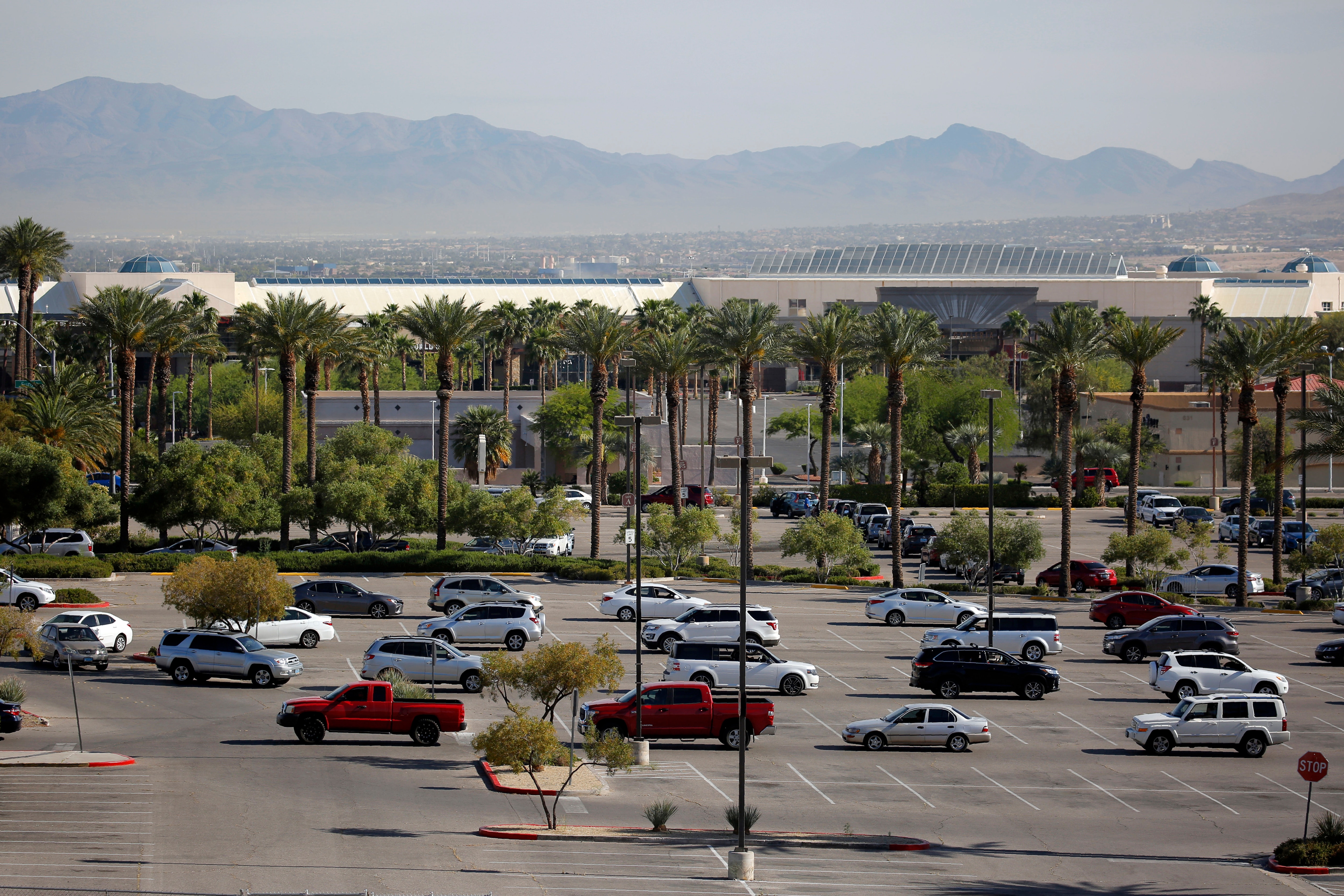 File photo - Cars zig-zag through a parking lot while waiting in line at a drive-through food distribution site set up due to the coronavirus outbreak in New York.

"On city streets, when there's a collision at low speeds, we see crashes that result in fender-benders," said Joe Cutrufo, a spokesperson for Transportation Alternatives, a group that advocates for safe streets and better biking, walking and public transit options in New York City. “But as driver speeds increase, the greater the likelihood that those crashes result in funerals."

Cutrufo said the lessons learned during lockdowns should be used to rethink street design. Wide streets that look like highways attract fast driving, and more streets should be closed for cars so that people can use that space to safely bike, walk, sit and run.

Police in New York said they were aware of the increased speeds and had deployed additional patrols. Data from traffic analytics company INRIX shows speeds in New York City increased 44% from 28 miles (45 km) per hour in April last year to 41 miles (66 km) per hour this April.

In London, nine people died in traffic collisions in April, about the same as past years, according to data from Transport for London, a government body responsible for the city's transport system. Collision counts are not yet available, but the number of fatalities remained steady even as the number of miles traveled in the British capital declined 69% from February to April, according to data provided by INRIX, which collects information on traffic and speed from fleet trucks, car manufacturers, GPS, loop detectors, parking meters and other sources.

Andy Cox, a detective superintendent who investigates fatal and serious road collisions for London's Metropolitan Police, has taken to social media to implore drivers to slow down and not risk crashes that could put pressure on Britain's National Health Service.

"They don't think anything will happen to them and they are not considering their fellow road users and the wellbeing of them," he told Reuters of drivers who speed. "It's totally unacceptable. We need to recognize that speed is the biggest factor in fatal collisions and serious, life-changing collisions."

Despite the overall drop in collisions and fatalities, the fatality rate among crashes was 70% higher.