Several roads across Delhi were completely submerged under rainwater with IMD predicting more showers through the day.
By : ANI
| Updated on: 20 Aug 2020, 09:33 AM 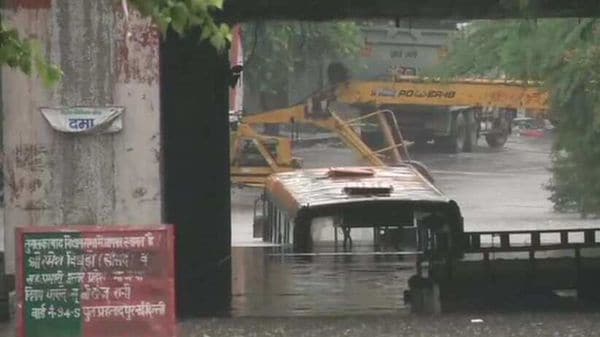 Amid heavy rains in the national capital on Thursday, waterlogging has been reported from various parts of Delhi, affecting traffic in the city.

As per the India Meteorological Department's update at 7.05 am, a thunderstorm with light to moderate rain would continue to occur over many places of south-west Delhi, south Delhi, west Delhi, IGI Airport, Dadri, Ghaziabad, Noida, Greater-Noida, Ballabgarh, Faridabad, Gurugram, Manesar, Sohna, during the next two hours.